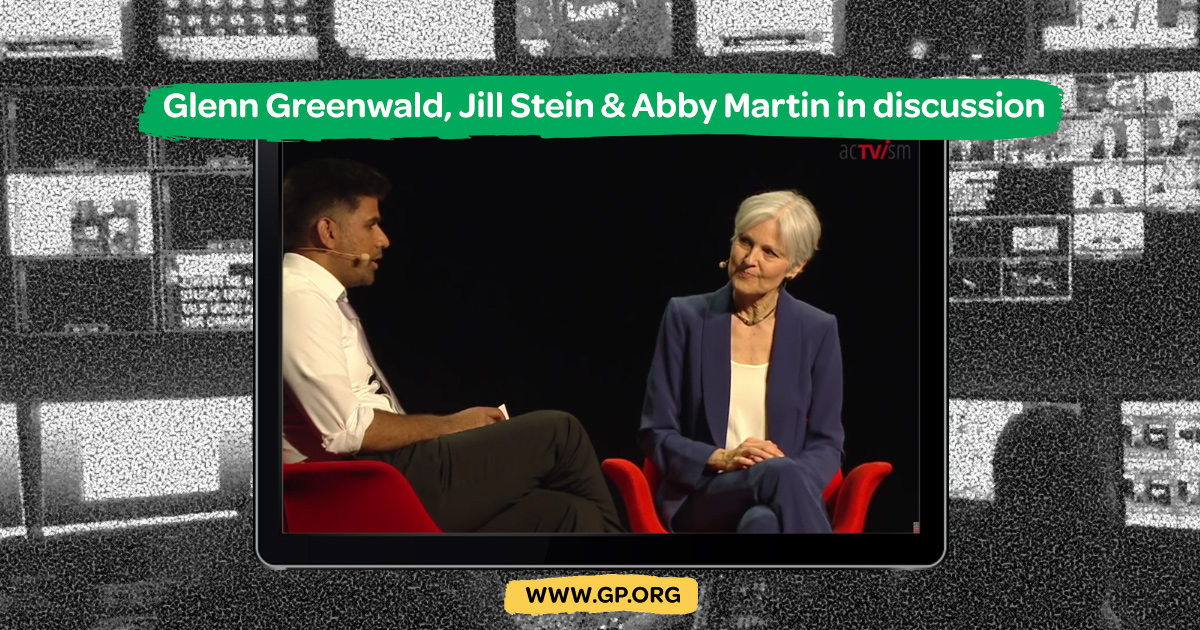 Global Issues in Context 2.0 in Munich

As empire doubles down with war, austerity, censorship and repression - it’s more important than ever to build the movement for people, planet and peace over profit. It’s so uplifting to see this unstoppable movement growing across national borders and issue networks.

In that spirit, this past weekend I traveled to Munich, Germany to take part in a call to action with leading journalists Abby Martin and Glenn Greenwald.

This video contains that call to action as we each discuss grassroots movements resisting some of the gravest threats we face - militarism, nuclear confrontation, climate catastrophe, resurgent racial and economic oppression, and the assault on democracy.

This is the kind of conversation that corporate media refuses to allow, in its effort to shore up an empire teetering at the brink. In fact, real resistance is strong, growing, and its time has come.

Their vision of an independent, progressive international media outlet is inspiring - please consider supporting their work, and make sure to share the video far and wide to help give this exciting project the exposure it deserves.

Remember: building the movement for people, planet and peace over profit starts by refusing to be silenced, and spreading the word.

Thankful for all you do to make it so.
Jill Stein