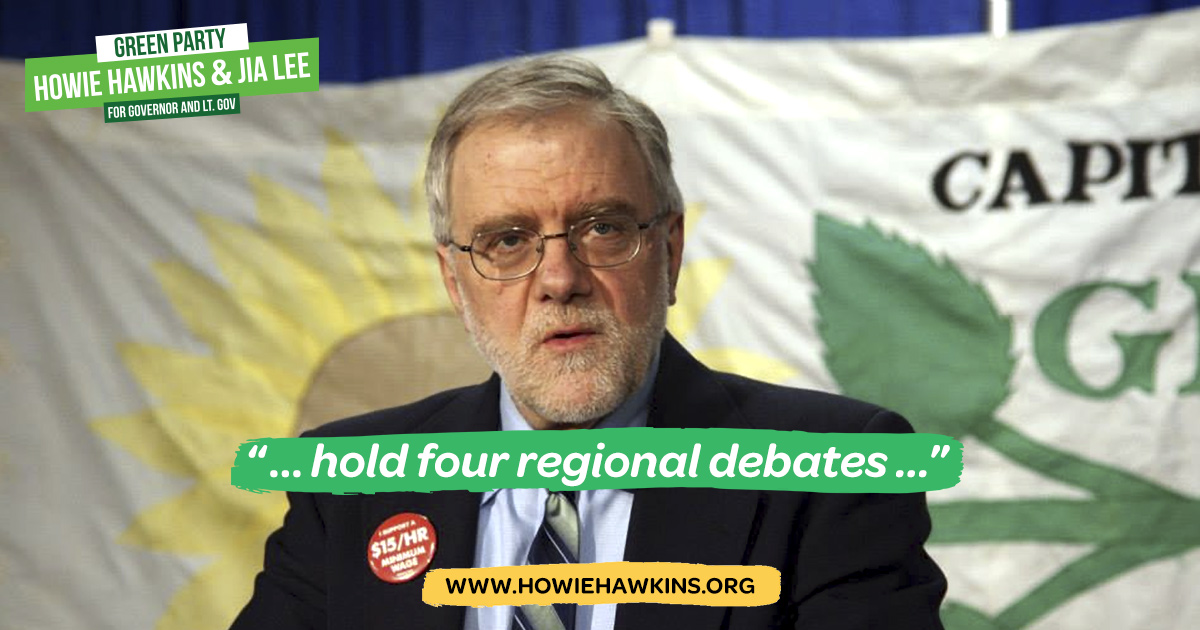 I congratulate Andrew Cuomo on his primary victory and Cynthia Nixon for raising progressive alternatives.

Now that the primary is over, I look forward to a robust debate with Cuomo, Molinaro, Sharpe, Miner, and Nixon, if she chooses to stay in the race.

In particular, I will go beyond Nixon in the general election debate to put forward the eco-socialist policies we need for real solutions to the serious problems we face.

Universal rent control is pointless without repeal of the Urstadt Law so that cities, not the state legislature, set their own rent regulations. And rent control is not enough. We need to radically expand public housing in order to make affordable housing a reality for all.

To provide every child a good education, we must not only fully fund high-poverty school districts. We must also desegregate New York’s most segregated schools in the nation and Opt Out of high-stakes testing to evaluate teachers and put high-poverty schools into receivership and privatization as charter schools.

After the primary debate which largely ignored upstate New York and many critical issues starting with climate change, I proposed four regional debates (NYC Metro area, Capital District, Central NY and Western NY) to each focus on a topic area: The Economy, Government Reform, The Environment and Climate, and Social Policy, including education, health care, criminal justice, and civil rights.

Unlike the primary debate, the rules should be determined by all of the candidates and the media, not just Mr. Cuomo.