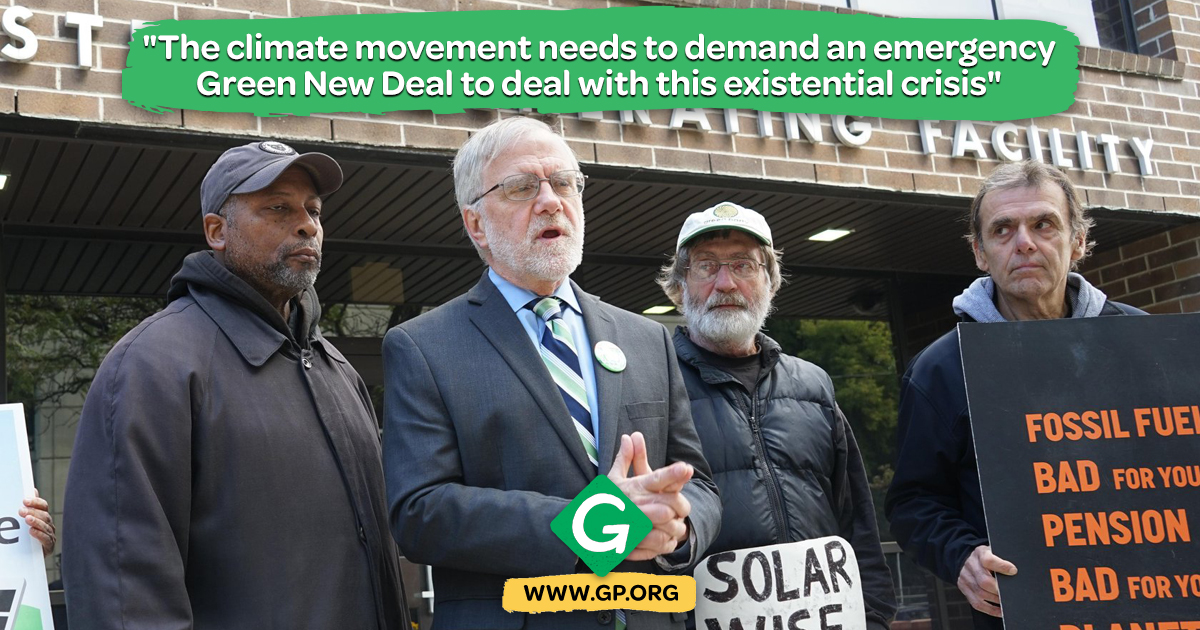 "Biden's original climate proposals in his $2.3 trillion American Jobs Plan last March were inadequate to begin with. Only about $100 billion a year in that proposal were climate-and energy-related spending. Its policies included counter-productive measures like further natural gas development," said Hawkins who made a detailed critique of the plan's climate provisions at the time.

“As the Democrats keep cutting the Build Back Better reconciliation bill, they are surrendering to climate collapse as the global climate summit prepares to convene in Glasgow at the end of this month. The climate movement needs to recognize this reality and demand an emergency Green New Deal to really deal with this existential crisis,” Hawkins said.

President Joe Biden and House Speaker Nancy Pelosi said Friday that Democrats should accept a bill that spends around $2 trillion, which is down from the 10-year $3.5 trillion budget blueprint that Congress agreed to in August. The $3.5 trillion plan was itself down from the $6.1 trillion that Biden had proposed in the spring in his American Jobs Plan for physical infrastructure, including climate measures, and his American Families Plan to expand the social safety net.

The policies in Biden’s jobs and families plans are now proposed at smaller scales in two bills, a bipartisan infrastructure bill costing $550 billion in new spending on traditional roads and bridges infrastructure and the Build Back Better reconciliation bill for social and climate spending whose price tag keeps shrinking. On Friday, Pramilla Jayapal, chair of the Congressional Progressive Caucus, said progressives would have to accept the Biden and Pelosi proposal to scale back spending in the reconciliation bill.

“Biden’s goal of ‘net zero’ emissions by 2050 is way too late, even assuming his climate policies could meet that goal. The International Panel on Climate Change’s latest report in August shows the world surpassing the important threshold of 1.5 degrees Celsius of warming in a decade. Already there are 1.5 million American climate refugees from climate-related storms, droughts, and wildfires. The least Biden should do is declare a climate emergency to expand his powers to take executive climate actions and send a signal to the climate summit. Instead, he’s giving out more fossil fuel leases on public land and permitting more oil pipelines like Enbridge Line 3. Greta Thunberg was right to mock Biden this week when she said ‘Build back better, blah, blah, blah’,” Hawkins said.

Public opinion polling has shown that strong majorities have supported a Green New Deal before, during, and after last year’s the presidential campaign.