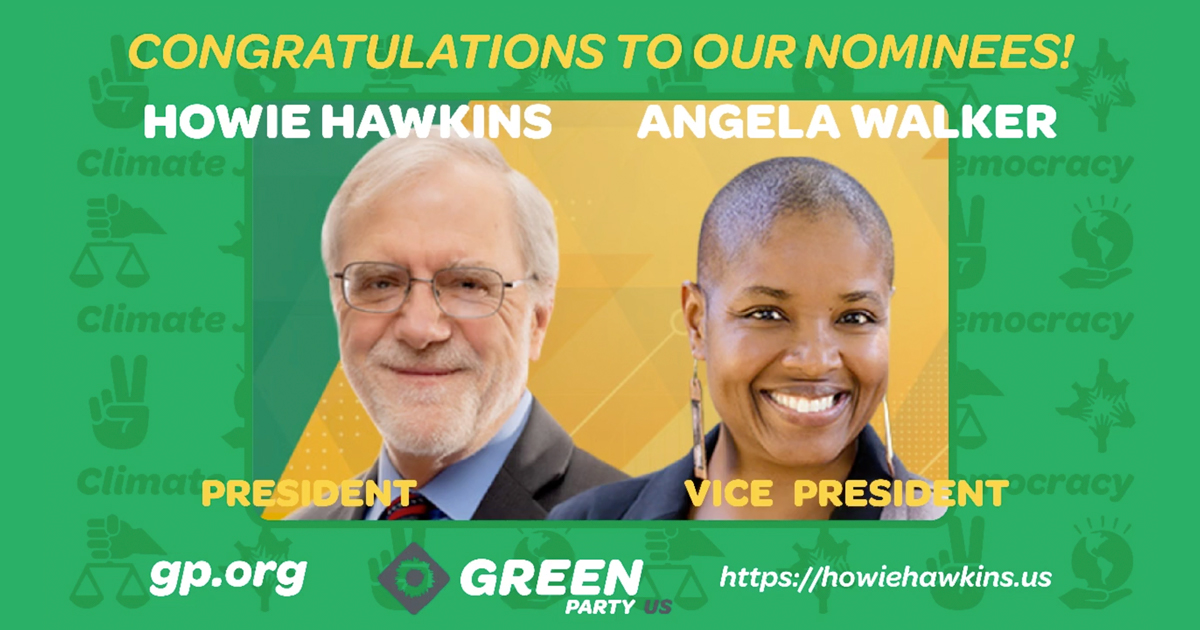 It’s official: Howie Hawkins, a tireless and perennial Green Party candidate in Syracuse and across New York, is running for president.

Hawkins officially won the designation today during the Green Party’s virtual convention. The selection marks the 25th time Hawkins has run for office, and his first national campaign.

“Our country needs the Green Party now, because we’re living in a failed state,” he said today, mentioning growing economic inequality, the federal response to the coronavirus and policies that do little to address racism.

He said neither major party -- Republicans nor Democrats -- has done enough to provide affordable housing, jobs and opportunities for people across the nation.

“Where the hell is Joe Biden?” Hawkins said of the Democratic Party’s nominee, criticizing what he said was Biden’s lack of response to President Donald Trump’s policies and decisions.

In his acceptance speech during the online convention, Hawkins hammered on Green Party tenants: using more public money for education and job training, providing health care for all, ending hydrofracking and fossil fuel industries, and decriminalizing certain drug use.

Hawkins also spoke to newer challenges facing the country. He said the country can’t reopen businesses or schools before Covid-19 is under control. He called on cities to hire police leaders by using a public commission, which would have more authority to hire and fire.

Hawkins also called on defunding both police forces and the military. Instead, he said, that money should go toward social services, mental health care, rather than jails and courts.

Hawkins will appear on presidential ballots on about half of the states in November, including in New York. The party is working to get on more state ballots, which is a complicated process that requires meeting different signature and vote-getting thresholds in each state.

“I’m a retired teamster, she’s a truck driver,” Hawkins said of his running mate, who is from Wisconsin.

Hawkins has run for office 24 times before this race. He’s sought office at every level of government, including bids for New York governor, the U.S. Senate, the U.S. House of Representatives and campaigns for Syracuse mayor, common councilor and auditor. He has never won.

He also said he’s not running as a spoiler and pushed back against criticism that his candidacy would draw Democratic votes away from Biden. Instead, he invited the hundreds of thousands of people who don’t typically vote to participate.

“We welcome as much support as we can get,” he said.