Health Care Is A Human Right Day Of Action 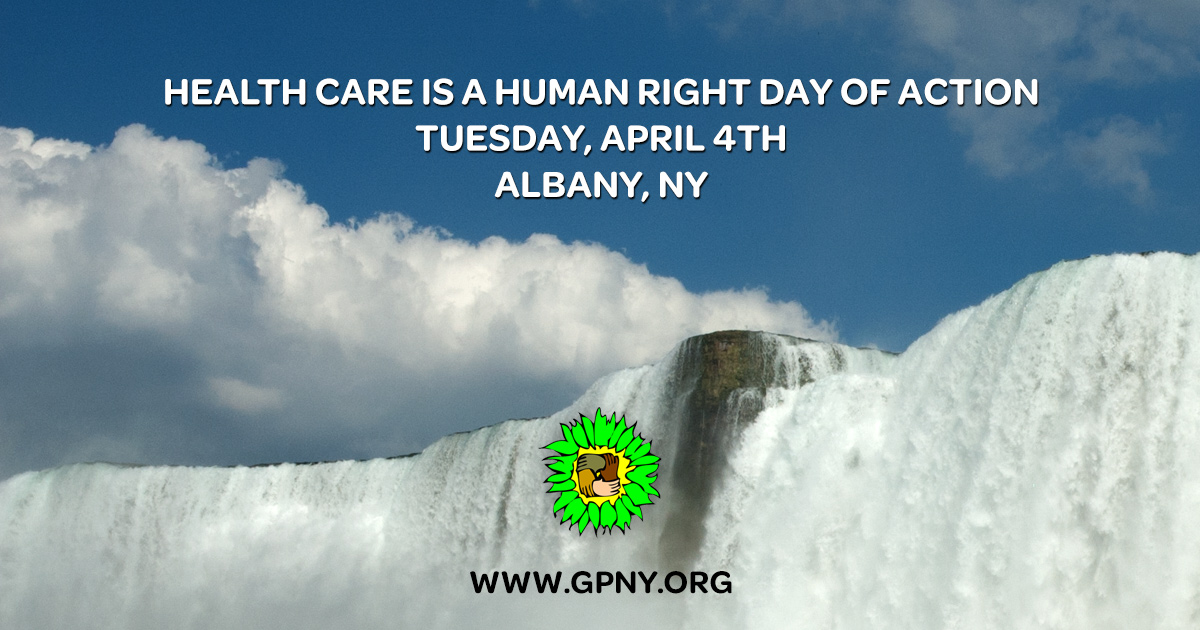 Health care is a human right not a pay or die commodity. The Green Party Of New York is a strong supporter of universal, single payer health care, and the New York Health Act. If you followed my campaign, you know that this is an issue that is very important to me personally and to voters across New York State.

Health insurance is a scam, and the current Republican "plan" would make it even worse: the elderly would have to pay up to five times more than the young, and people with chronic illnesses could see a 30% surcharge on their premiums. Millions of Americans are just months away from being destitute. Our current system is unsustainable and it would be a very bold move for our state to pass the New York Health Act and show our fellow citizens what it looks like to provide access to health care for everyone, paid for fairly whenever it is needed.

On Tuesday, April 4th Greens from all over New York will be joining health care advocates from across the state in Albany for the Health Care Is A Human Right Day Of Action, the annual Rally and Lobby Day for the New York Health Act. The Day will start with a briefing at 10am, followed by a Rally at 11:30 am at West Capitol Park. From 1-3:00 pm there will be lobby visits to discuss the New York Health Act (A.4738/S.4840) with our respective state legislators.

The people of New York deserve a better health care system, one that respects our dignity and guarantees that when we get sick, we can access the care we need. We hope to see you in Albany on April 4th as we make our demands heard in the streets of the Capital: now is the time for New York Health!