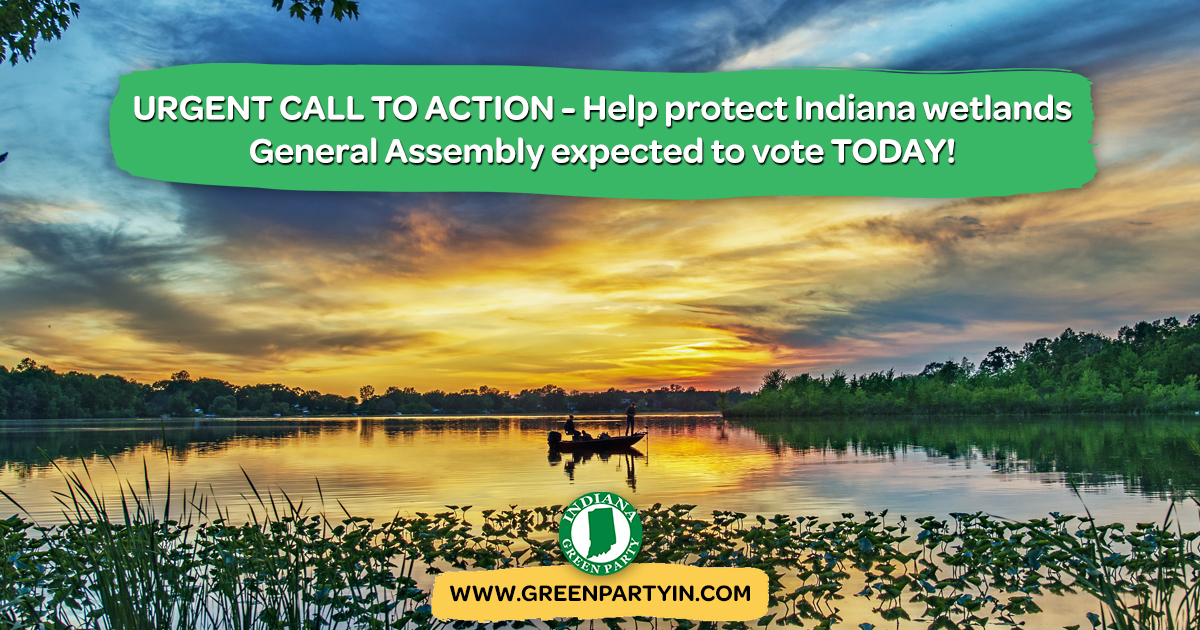 INDIANAPOLIS – Indiana's wetlands need your help! Can you call or email your State Representative ASAP and tell them to vote NO on SB 389? With just 5 more "no" votes, it will be possible to defeat Senate Bill 389 which would reduce and in some cases completely eliminate protection of Indiana wetlands.

Contact your State Representative and tell them to vote NO on SB 389. The final House vote is expected to happen today, April 13.

Wetlands play a crucial role in Indiana. They filter and purify water, they reduce the risk of flooding, and they serve as critically important habitat for many threatened and endangered species.

Prior to European settlement, the Department of Natural Resources estimates that 24% of Indiana was covered in wetlands. Starting in the 1800's, Indiana's wetlands were drained to make way for farms and towns. In the last 200 years, Indiana has lost 85% of its original wetlands. If SB 389 is passes, 80-90% of our wetlands will be in jeopardy.

Contact your state rep and tell them to vote NO on SB 389!
Find your State Representative.