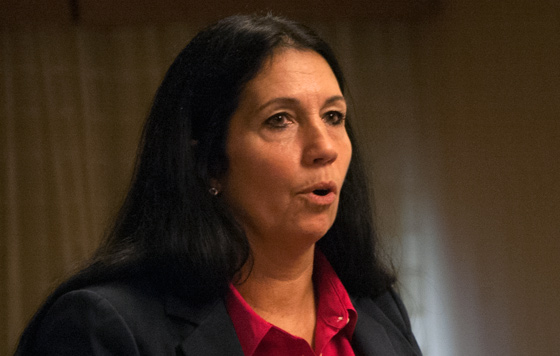 Photo/video with natural sound will include Cheri Honkala’s announcement, comments of endorsement, gathering of community members and supporters with signs, backdrop of Roxanne Jones Mural.

WHAT: On Tuesday, March 21st there will be a special election to replace Leslie Acosta as Representative of Pennsylvania House District 197. On Saturday, January 28, Cheri Honkala will officially announce her decision to run as the Green Party candidate for this seat with tremendous support and excitement from the local and larger community.

WHY: Cheri Honkala, a formerly homeless single mother, knows the struggles of District 197, which is the poorest district in Philadelphia. She has advocated for the rights and needs of people without homes and suffering in poverty for years. Her love and understanding of the community has compelled her to step forward in her district, “because it’s hurting,” says Honkala, “and I know its pain.”

After secretly pleading guilty to felony charges last year, Leslie Acosta resigned as Representative of PA House District 197 in Philadelphia. Her resignation became official January 3, 2017, and a special election will be held to fill the seat on March 21, 2017. Cheri Honkala will run to serve the district as their Representative in Harrisburg. She was recently endorsed by the membership of the Green Party of Philadelphia (GPOP, www.gpop.org) and will be seeking the Green Party of Pennsylvania endorsement on January 29 in Harrisburg.