How Green-Rainbow Party candidates performed in 2022 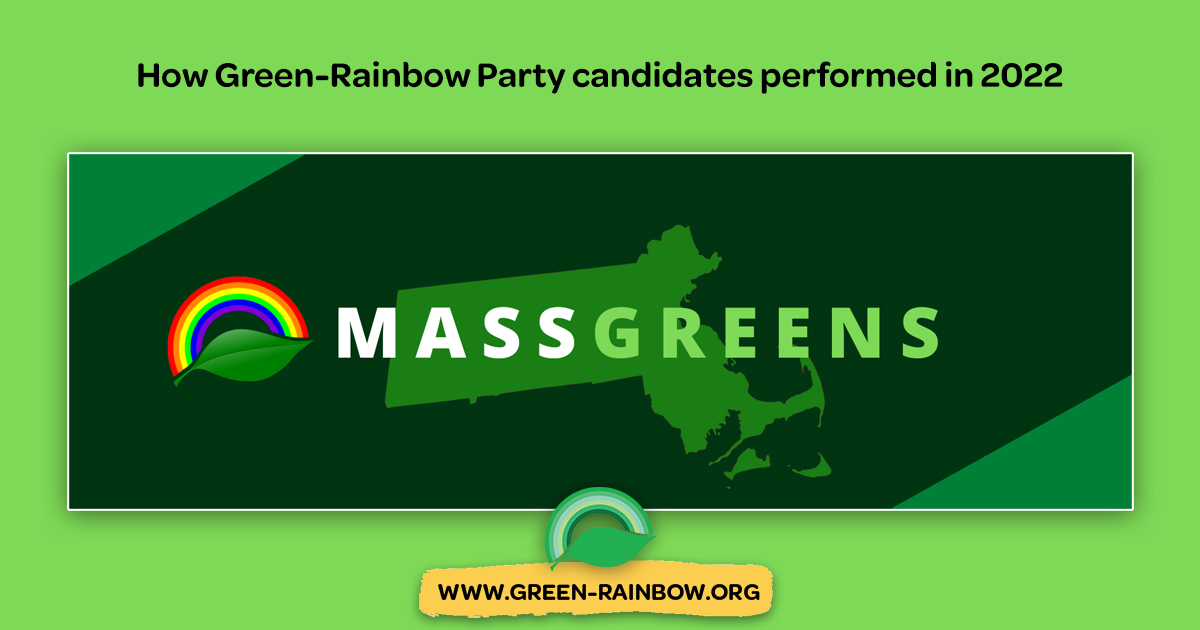 Our 2022 GRP Candidates: The Results

On behalf of the Green-Rainbow Party, we want to extend our sincere thanks and gratitude to all the people who stepped forward to help our 2022 GRP candidates get their names on the ballot and get their message out to the voters.

The Starting Line:  Getting on the Statewide Ballot

Early in 2022, State Committee appointed a special committee that succeeded in recruiting two candidates to run for statewide offices:  Juan Sanchez for Secretary of the Commonwealth. and Gloria Caballero-Roca for State Auditor.  In order to get on the ballot these candidates needed to collect 5000 validated voter signatures on nomination petitions.   This petitioning effort went down to the wire and finished with an estimated 5076 validated signatures - way closer to the threshold than we would have liked, but enough to declare victory.  Thanks to everyone who signed a petition, circulated petitions or donated money to the campaigns.

The GRP Remains a “Political Designation”

Our statewide candidates won 2.9% of the vote which was slightly below the 3.0% that would have led the state to reclassify the GRP as a full “political party” rather than a “political designation”.  This is unfortunate because the GRP name will not appear on voter registration forms and we will continue to labor under highly restrictive fundraising constraints that are not imposed on Democrats or Republicans.  Furthermore, we will not have automatic presidential ballot access, forcing us to collect 10,000 signatures in order to get our 2024 presidential candidate on the ballot.  On the plus side, we will be subject to less stringent reporting requirements and will collect nominating signatures under more flexible rules.

Secretary of the Commonwealth

Michael Lavery took on the difficult task of challenging long-time incumbent “Smitty” Pignatelli in the redrawn Third Berkshire District.  Michael ran a great race and finished with 9.5% of the vote.  We are excited to hear that Michael is open to running again, building on his experience in this race.