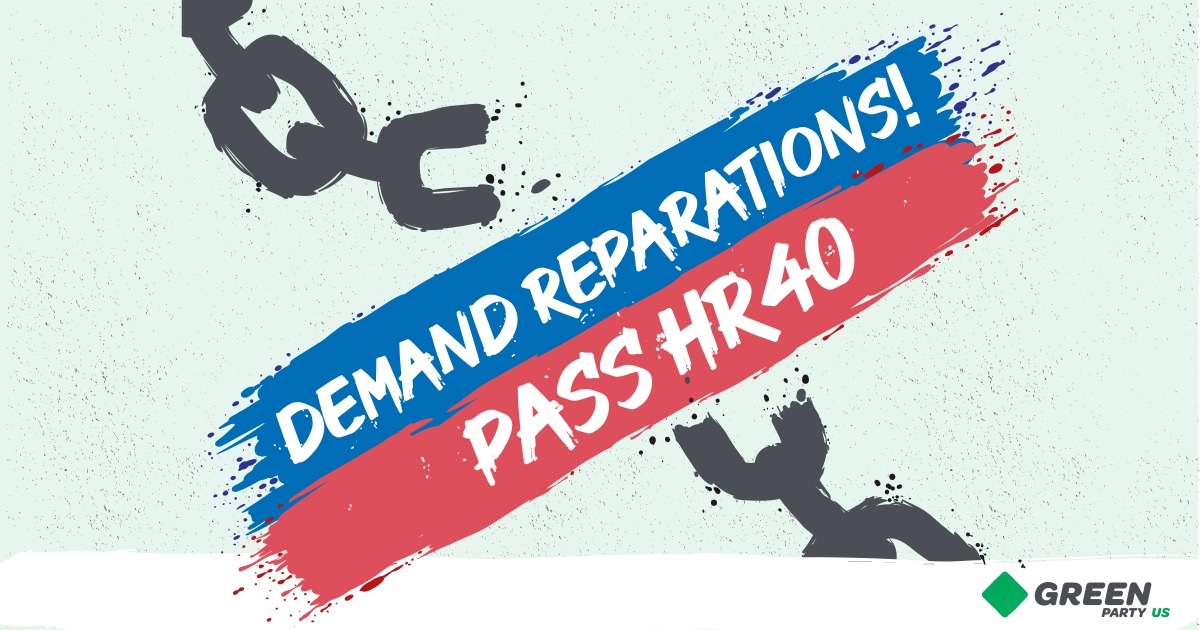 Email Congress and demand passage of HR 40 to establish a commission to study and develop reparations proposals for Americans whose ancestors were enslaved in the United States.

This is a critical first step toward providing some material restitution to those who have suffered the devastating damage and long-term effects of the Trans-Atlantic Slave Trade, chattel slavery and de jure and de facto discrimination and segregation.

HR 40 was first introduced in 1989 and has been introduced every following congressional session. In 2016, the Working Group of Experts on People of African Descent completed a fact-finding mission to the U.S. and submitted their findings to the United Nations Human Rights Council. It described the situation of racism and discrimination, along with institutional and policy frameworks and recommendations to improve the quality of life for Americans of African Descent, including reparations.

HR 40 attempts to remedy the fundamental inhumanity of the institutionalized system of chattel slavery in the U.S. and 13 American colonies and the impact of this system on living Americans of African Descent. Passage of HR 40 is long overdue. Email your representatives and tell them that must change!