I sit in the aisle 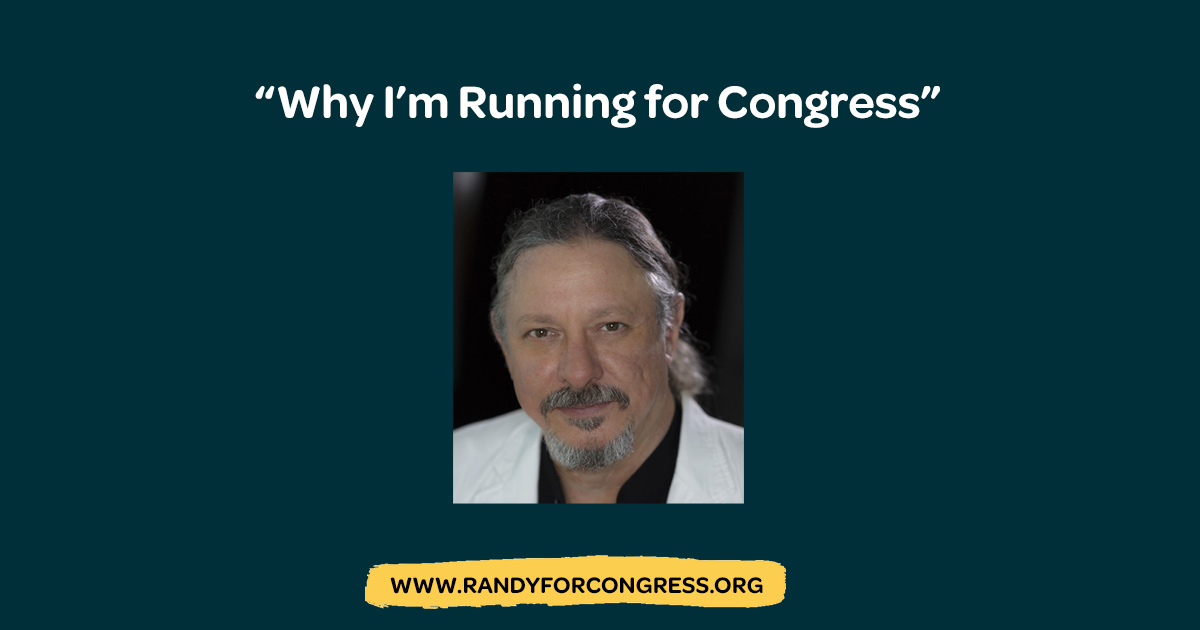 People ask me why I am running for Congress in our district, so I thought I would take a minute to explain. After all, a number of my friends and neighbors feel that my presence in the race complicates the outcome.

Some prefer that the choice be simplified, not because they so much support either Mike Bost or Brendan Kelly as opposed to one or the other. Some are afraid Bost will win. Others are afraid that Kelly will. No one seems to be afraid that I will win, and I think it’s because most of you could accept me as your representative.

Even people who disagree with me know that I listen and take opposing points of view seriously. It’s what I do for a living, after all, in teaching philosophy and communication to bright and wonderful young people. I never tell them what to think, I try to show them how to think, and that involves listening and understanding all points of view.

Here is something you may not know. About 210,000 people vote in this congressional district, fewer during mid-term elections than during presidential years, but there is no reason to expect a larger than usual turnout this year. In the last election almost 19,000 people voted for my Green Party colleague, Paula Bradshaw. Our share of the vote has been steadily increasing with each cycle. There are many reasons. We will increase in this cycle too.

It takes about 75,000 votes to win in a close three-way race. I intend to find the 55,000 or so votes I need to win. So please, do not mistake me for someone who is only here to spoil the outcome. I am running to win.

But why should anyone vote for me? The most important reason is that I am actually in a position to represent this district, and to do what the people here need and want. No one owns me, and no one except the voters here could tell me what I should do. I wouldn’t avoid them.

I believe you want a representative who looks you in the eye and says what he really thinks, and one who is really in a position to listen to you. There is no one standing behind me with a million-dollar investment in what I say or think or do. I can work with whoever is willing to work with me, and I believe people will. For me it doesn’t mean crossing the aisle, since that is where I sit — in the aisle. Both sides will have to step past me to cross. I believe in common sense.

I am quite sure that I can bring jobs and investment to Southern Illinois and that I can use the office to promote our interests, especially in the long-term. I would put our region first. I think the two major parties don't care very much about our district. I respect both Mike Bost and Brendan Kelly as people, and I know they are good men, but as candidates I believe, with no doubt, that they will simply do as they are told by their party bosses and those who have pumped millions of dollars into these campaigns.

The incumbent has shown very clearly that he will do and say whatever the GOP bosses tell him. So he is a good Marine, but I think he has sacrificed his district for the larger aims of his party, and then has often been AWOL for us.

I believe the same will happen with the Democrat, should he win. I believe Brendan Kelly is ambitious. By his own account, he was asked by our senior senator to run for higher office. His future career is surely in politics, as it already has been. And our senior senator will need a replacement before too much longer. I think Mr. Kelly will do what they say, those who are grooming him for still higher office. They gave him $1 million to run. It wasn't from the kindness of their hearts.

Thus, in a way, both of my opponents are bought and paid for. It’s the way our system currently works. I am not saying they are bad people or corrupt. Nothing of the kind. Rather, I am running because I no longer have confidence in the politics of the two parties that continue to mislead and mismanage this country. They both do more for Wall Street than Walnut Street. Together they have turned our national politics into a reality TV show, and not a good one. I could either sit back and complain or try to do something to change things. I am not a complainer.

So I'm running and I aim to win because I know that more people feel like I do about this mess than agree with my two opponents and their party loyalties. I believe the 12th district is a place where this country can begin the change it needs, and I believe I can make this region proud of its congressional representative. I am not like them, and that is why people will like what I have to say and what I will do if they send me to Washington.