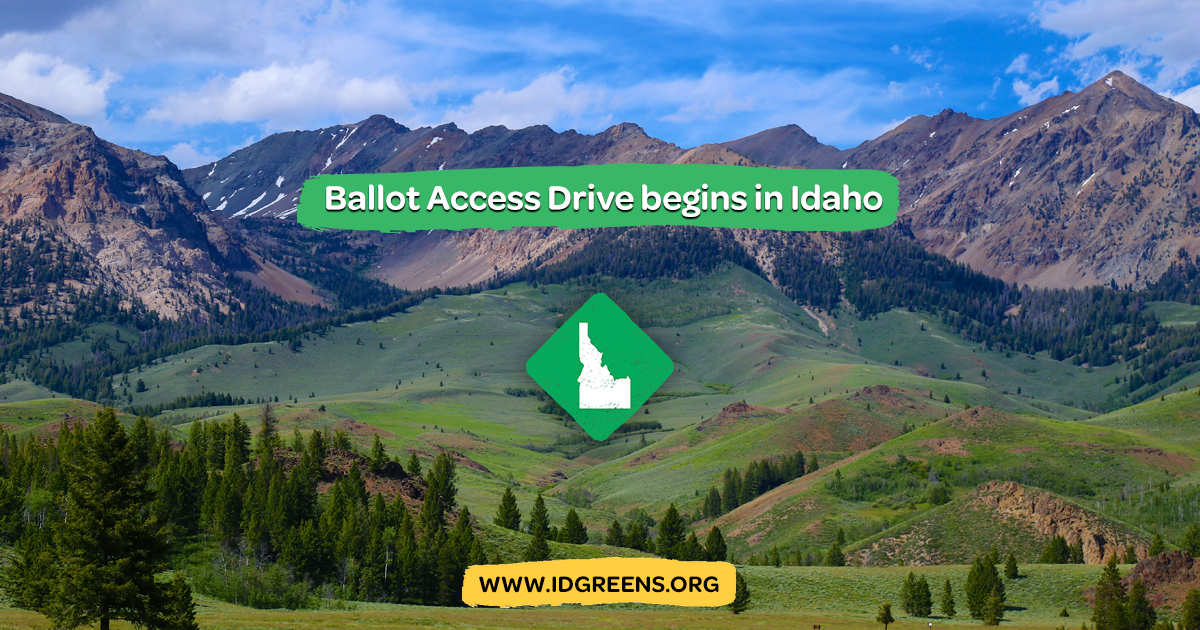 Idaho, as with all things #DirectDemocracy, has a particular set of rules designed to discourage the feint of heart. The following rules apply to the Ballot Access Petition:

That last requirement is the reason for not circulating for ballot access at this time.

In the meantime, there are other non-profit organizations across Idaho you can support that are in line with the Values and Principles of the Green Party:

Congratulations on being part of the solution,
Green Party of Idaho