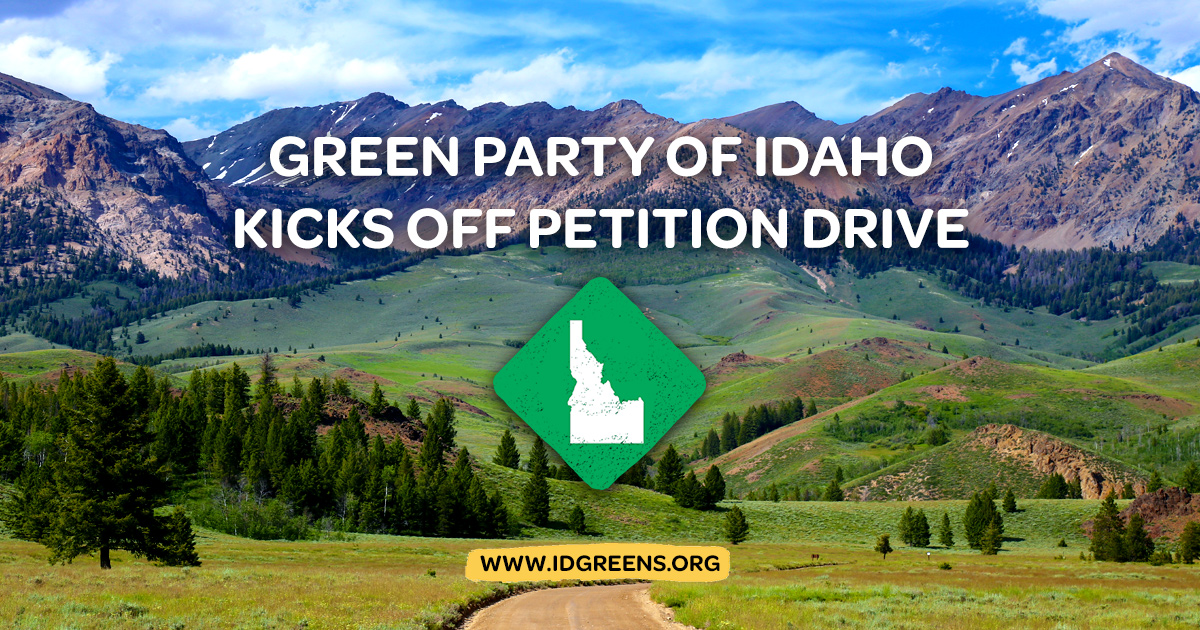 Boise, ID – Green Party of Idaho is moving forward with a petition drive to have the Green Party recognized as a political party in the State of Idaho. Allowing Idahoans to register and run for office as Green. 13,809 valid signatures will need to be collected from registered voters by August, 2018 for the Green Party to achieve ballot access.

Leadership at Green Party of Idaho says there has been an uptick on interest in the Green Party since the Presidential election and thinks now is the perfect time to establish the party in Idaho. Their platforms and policies are based in math, science, and logic, following four basic pillars; Ecology, Peace, Democracy, and Social Justice. With the current GOP administration making rapid policy changes and disheartened Democrats feeling displaced, voters are curious about other options.

"The Green Party offers something unique that we haven't seen in Idaho for nearly two generations, an opportunity to make Idaho into what it once was, rather than just another state in the Americana landscape," says District 21 State Senate Candidate, Joseph Evans of Meridian, who is running on a Green Party platform. He cites the renewed importance in local economy, grassroots democracy, and encourages citizens to get involved and get informed.

"Our two party system isn't cutting it for some voters," comments Green Party of Idaho Treasurer, Alicia Abbott, of Sandpoint, "Watching both Democrats and Republicans continue to favor lobbyists and corporations over hardworking Americans, has definitely increased interest in the Green Party platform over the past year."

Petitioning to have the Green Party of Idaho recognized has already begun, with volunteer crews located all over the state. In addition to petitioning, they are actively looking for statewide leadership. For more information on the Green Party of Idaho platforms or how you can get involved with their movement, visit them online www.idgreens.org or follow them on all social media platforms @idgreens.