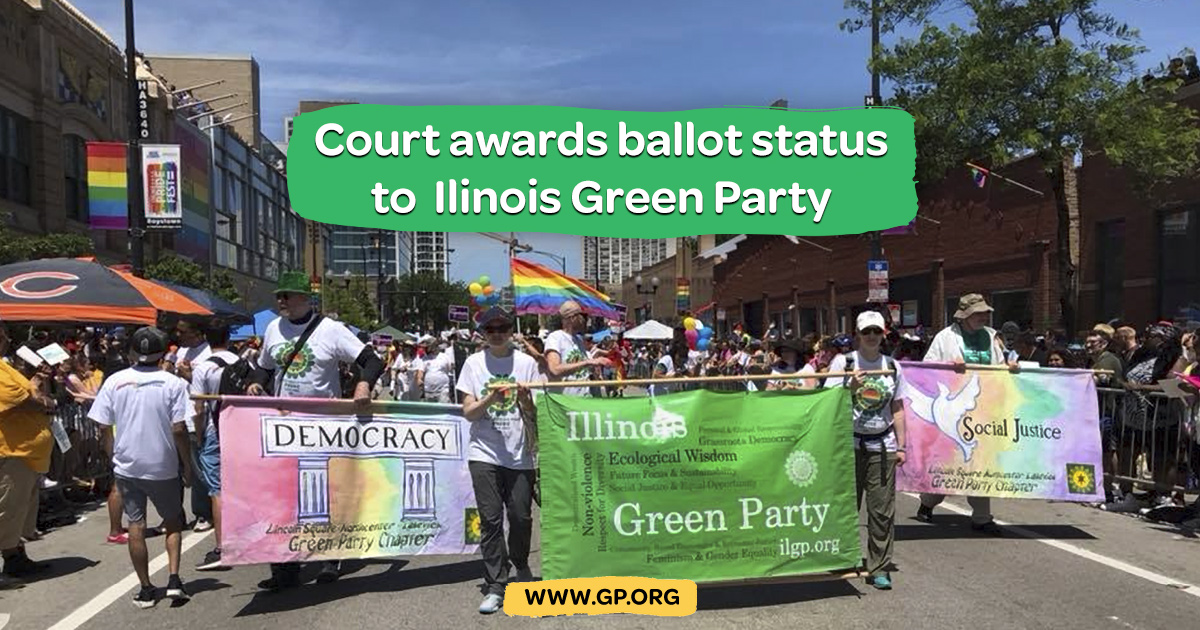 On April 21, U.S. District Court Judge Rebecca Pallmeyer, a Clinton appointee, orally described substantial relief she intends to order for minor party and independent candidates for the Illinois 2020 election. Candidates will need 10% of the original legal requirement. The petition deadline is extended from June 22 to August 7. Signatures can be obtained on a signer’s computer via an electronic signature, although the candidate or party must then print out the results and transport a piece of paper to election officials. The order is being drafted but does not yet exist on paper.

The case is Libertarian Party of Illinois v Pritzker, n.d., 1:20cv-2112. Statewide candidates for president and U.S. Senate, other than Libertarians and Greens, will need 2,500 signatures.

The state had said that it could not live with a deadline as late as August 7, but the judge still said she intends to order it. The minor party petition in Illinois was due in early August in all the years 1931 through 1999. Before 1931, it was in September, and it was in October from 1891 through 1929.

The basis for the order is that Illinois law requires independent and minor party petitions to circulate between late March and late June, a period of time entirely within the health crisis period. If Illinois didn’t ban circulating petitions before late March, it would have been in a better legal position. Before 1985 Illinois minor party and independent candidate petitions could be circulated as early as desired.