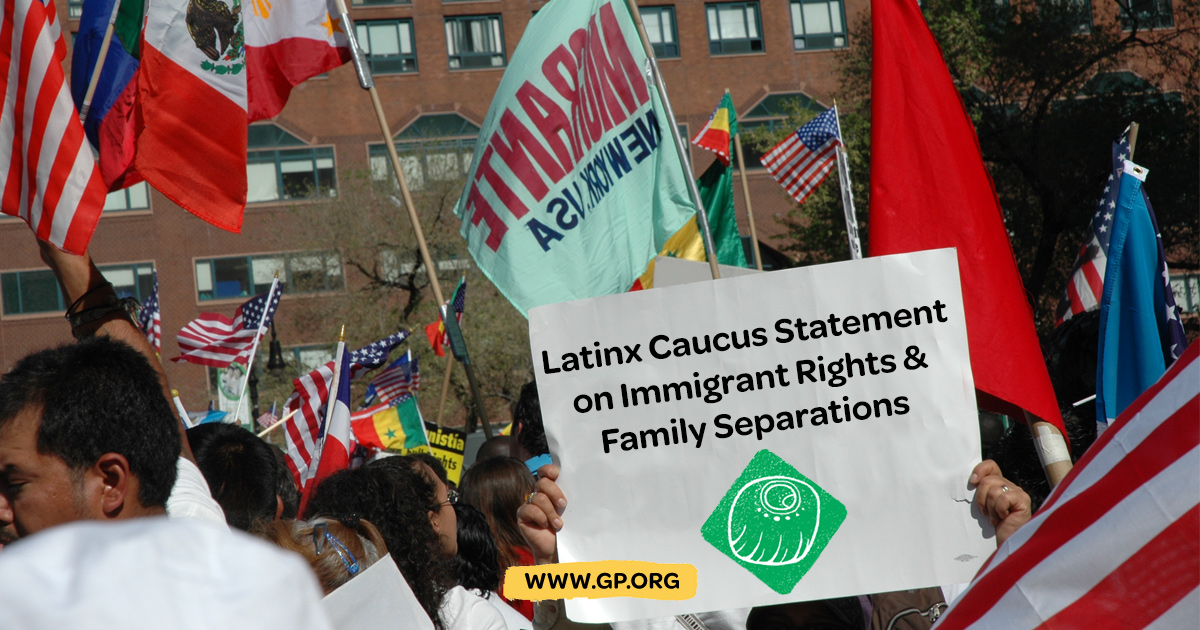 The Latinx Caucus of the Green Party joins the chorus of condemnations of the egregious human rights violations that continue to be perpetrated at the US Mexico border and which have spread throughout America. Through his administration’s hateful policies towards people of color President Donald Trump has shown himself unfit to govern. In removing kids from their mothers and fathers to incarcerate them in “tender age” shelters as a “deterrent” to immigration the Trump administration ignores basic principles of human rights.

The very notion that the government of the United States of America would create an infrastructure for the mass removal of children from their parents is a profound human rights violation and a reprehensible affront to the dignity and morality of all Americans.

Despite the fact that the practice of removing children from their parents has supposedly ended, the Trump administration has failed to reunite thousands of children with their parents and continues a message of fear and hate by conducting immigration raids throughout the US. In June ICE conducted two immigration raids in Ohio where 264 workers were arrested. Some of these workers have already been deported, others are incarcerated many miles away from their kids. Over 60 underage children have been left without at least one parent.

While acknowledging the particular viciousness and hate being employed by the current administration we remind the American people of the long history of immigration abuses and of the decades of inaction on the reform of immigration laws by both democrat and republican administrations. President Trump has taken us to a new low but decades long U.S. policies of imperialism throughout the Americas has destabilized various countries and forced immigrants to seek safety here. In addition, Congress has failed repeatedly to create practical immigration policies that serve both workers and employers. Just immigration policies would acknowledge the right of migration of all peoples of the Americas and respect the unity of families as a fundamental human right.

The Latinx Caucus of the Green Party stands in support of the activists throughout the southern border states, and throughout the country who have launched grass roots efforts to stand in opposition to the heinous policies of the Current administration. These groups are serving all of us by protecting American values as they provide support and assistance to undocumented immigrants and their families. There are many Green activists of many races and ethnicities among these groups including members of the Harris County Green Party People of Color caucus which links Issues faced by all people of color.

We support the National Day of Action July 31 to Abolish ICE in your Community, and urge Greens and all immigrant rights supporters to visit the following Facebook pages or websites to learn how you can help and to donate: