Incumbent Refuses to Debate Challenger in the 42nd Assembly District 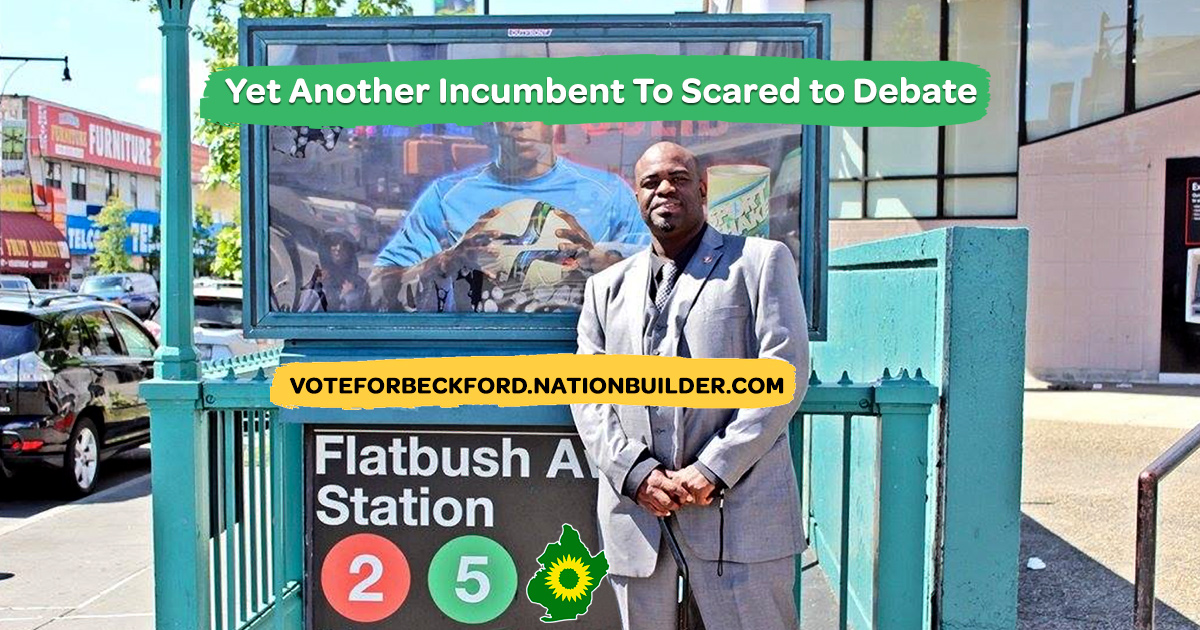 We are in the 2018 election cycle with the general election coming up on November 6th. The voter turnout for this general election is forecasted as being the largest turn out ever, especially in Flatbush and East Flatbush. Assembly member Rodneyse Bichotte has failed to provide sound legislation, has ignored the issues of community residents, takes money from the real estate industry and is divisive.

This is a disgusting practice that many incumbents who are only focused on maintaining their political careers rely on two things when it comes to the people, Misinformation and Lack of Information. This is a tactic used to keep voters from being truly informed about where each candidate stands on issues and for Incumbents to not be exposed for their corruption. This is not the way that true progressives act and this is a denial of democracy. We must be cautious with Democrats who are more aligned with the tactics and behaviors of Trump's fellow Republicans.

I have publicly asked Rodneyse Bichotte to debate me 23 times and she has not accepted any of these requests. There were two forums that I showed up to but she decided to not attend them. One if the forums was even held by a well known housing advocacy group in the community by the name of Flatbush Tenant Coalition.

At the end of the day, this shows us more and more that we need term limits in state legislative positions and one of the many reasons of why voter turnout tends to be low. I refuse to allow this to be politics as usual. I will expose every bit of corruption that my opponent has been involved in whether directly or indirectly.

Anthony Beckford is a longtime community advocate and activist. He is a U.S. Marine Corps Veteran and the Leader of the Brooklyn Sector of Copwatch Patrol Unit. Anthony Beckford is the member of various progressive organizations such as, Democratic Socialists of America, Jews for Racial and Economic Justice, Our Revolution and many others. He has helped push for the passing of many of the current legislations that we have today and continues to draft legislation of his own to protect Tenants, Homeowners, Small Business Owners, Immigrants, Women and Workers.