Independent and Third Party Voices - 2018 Elections and Beyond 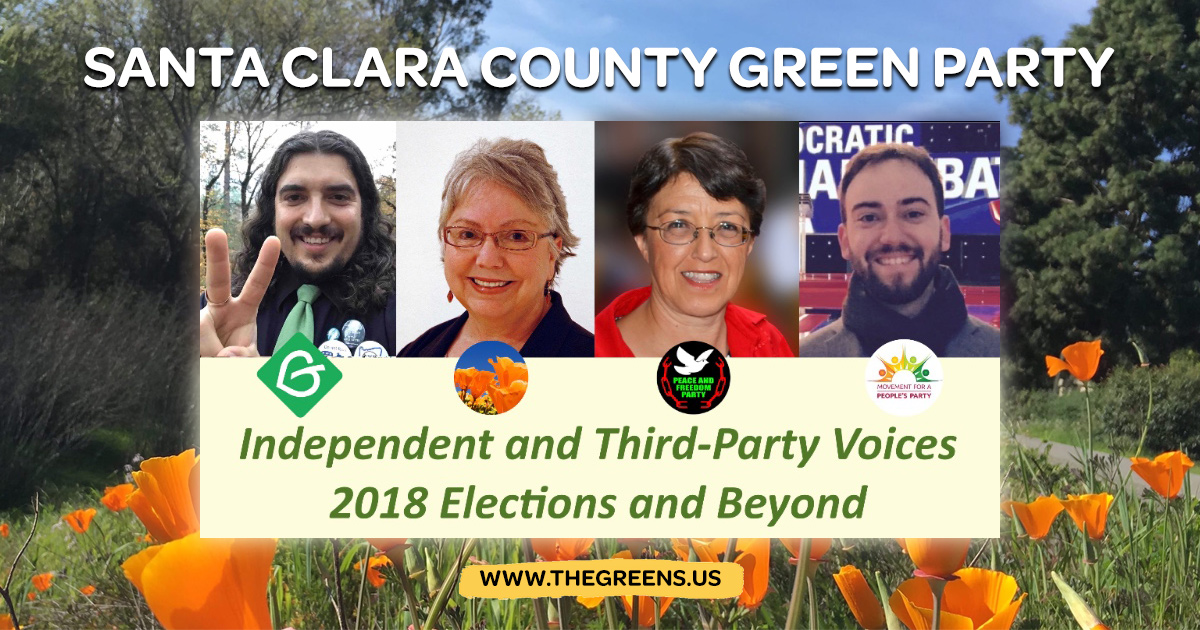 Join the Green Party of Santa Clara County and our panel of speakers for a lively and interactive exchange of ideas and strategies on reclaiming our democracy with the growing voice of independent and third parties. We invite you to add your voice to this important conversation and learn about the work independent and third party candidates are doing in California and the nation.

Sharat Lin of the San José Peace and Justice Center will moderate the speakers’ opening presentations and the following discussions with audience questions and comments. Speakers presenting their perspectives for the 2018 elections and beyond will be:

This discussion is open to the public and admission is free but donations to SJPJC are welcome. The event will be live-streamed on Facebook and recorded for future viewing on YouTube.