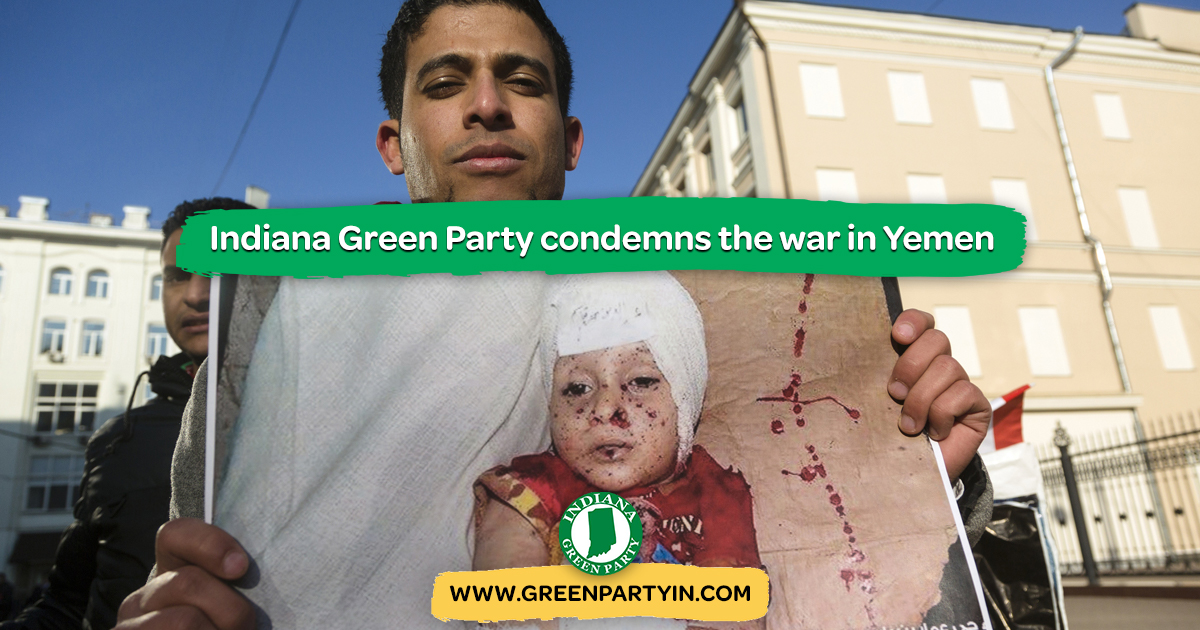 INDIANAPOLIS – The Indiana Green Party (INGP) is holding a virtual day of action on January 25th to demand an end to US involvement in the War on Yemen.

Yemen is currently the largest humanitarian crisis in the world with over 24 million Yemeni civilians in need of humanitarian assistance according to UNICEF.

During this day of action, the INGP is asking its supporters to call and email their legislators to demand that the US pull out of the Yemen conflict. The INGP also calls on its supporters to make a concerted effort to elevate the Yemen crisis through social media. Ultimately, if the US doesn’t pull out of the conflict, there will be no end in sight for Yemen. Furthermore, the INGP calls for the repeal of the Authorization for Use of Military Force (AUMF) 2001, and opposes other measures 'authorizing' preemptive or illegal military actions.

The INGP strives to live by the values of the Green movement. The Ten Key Values embody the INGP, and they guide all actions of the Party at all times. With the war in Yemen, three of the ten key values stand out poignantly, and express why morally we are opposed to any continued US effort in Yemen:

Photo Credit: Russia, Moscow, 07 of November, 2015: Yemeni nationals protest against war in their country during the march of Russian communists on Petrovka street in Moscow, Russia. Photograph by NickolayV.