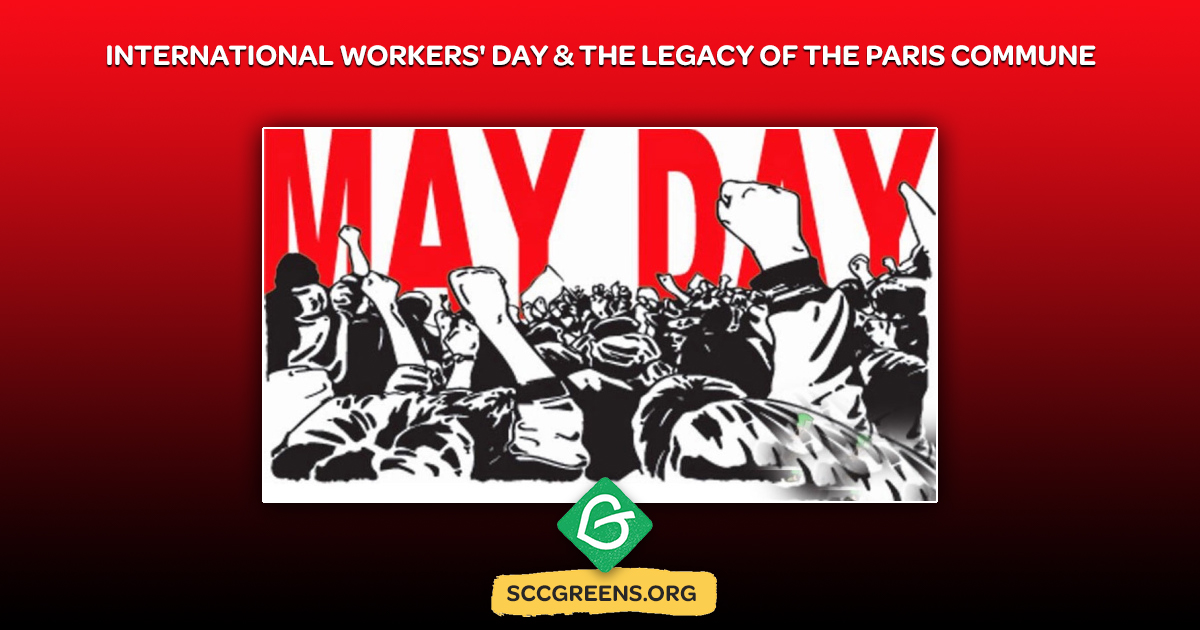 Another historical event that impacted workers unions and leftists worldwide was the Paris Commune. Although "La Commune" lasted only 72 days (from March,18 to May 28, 1871), its legacy lives on 150 years later and resonates strongly in our current political, social, and economical context. It was a radical, popular led government that opposed the French monarchist regime - echoing the French Revolution of 1789 - and that put in place a series of socialist reforms such as the separation of church and state, rent cancelation (owed during the French-German war siege), abolition of child labor, abolition of the death penalty, recognition of civil unions, right of employees to take over and run an enterprise (if it were deserted by its owner), freedom of the press, and pay equity for teachers. However, women were not elected members of the Commune and could not vote in the elections (that would happen 74 years later; some scholars believe that the Commune would have given women more rights had it not been crushed so soon).

This May Day 2021, let's follow in the footsteps of these incredibly inspiring and democratic experiences and join the movement of workers rising across the country to demand what is rightfully ours.

Watch this short extract from the movie "La Commune, Paris 1871" by Peter Watkins (2000). The movie is a historical re-enactment in the style of a documentary and this extract shows the spontaneous joy of the Parisians after the election of the Commune Council on March 26, 1871. 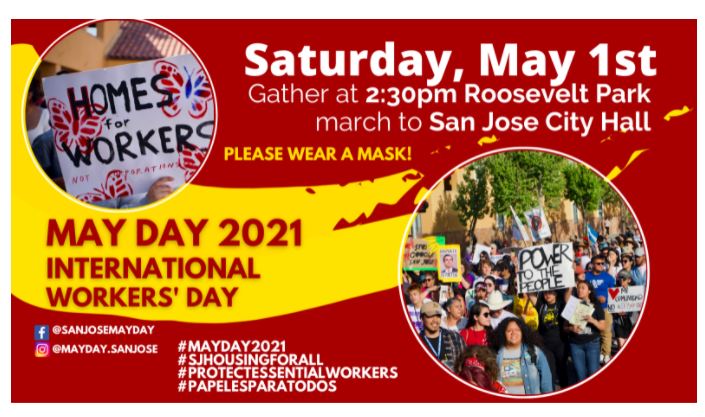 May Day Rally & Honk & Wave for CalCare and Medicare for All!

Join your fellow Greens at this May Day rally! We'll march - alongside many workers and workers' rights activists - from Roosevelt Park to San Jose City Hall. We'll then have a honk & wave for CalCare and Medicare For All with our friends at the Santa Clara County Single Payer Health Care Coalition and South Bay Progressive Alliance. Join us and wear your mask!

The CA Legislature has tabled AB1400, the Guaranteed Health Care for All Act (CalCare) due to a grossly inadequate understanding of the bill text. GPSCC and GPCA endorsed AB1400 in April and we will continue to advocate for the CalCare bill guaranteeing equal access to comprehensive, equitable, high-quality health care for all Californians.

Please sign our petition and email Governor Newsom and your Assembly member TODAY to urge them to bring back AB1400:

Sign our petition to ask Gov. Newsom to stand for CalCare and AB1400

Join this event organized by Extinction Rebellion San Francisco Bay Area and Oil and Gas Action Network to oppose the construction of the Line 3 pipeline, which would transport nearly one million barrels of dirty tar sands oil per day from Alberta, Canada to Superior, Wisconsin. Enbridge Energy, the Canadian company building the pipeline, has a terrible environmental track record, and this pipeline would violate several treaties with indigenous communities.

You can register HERE if you plan to participate.

Join the Santa Clara County Green Party for our monthly meeting (by teleconference) to learn about our plans and activities.

MESSAGE US for meeting details.