Invisibility of Incumbency - When Congress does not speak for you. 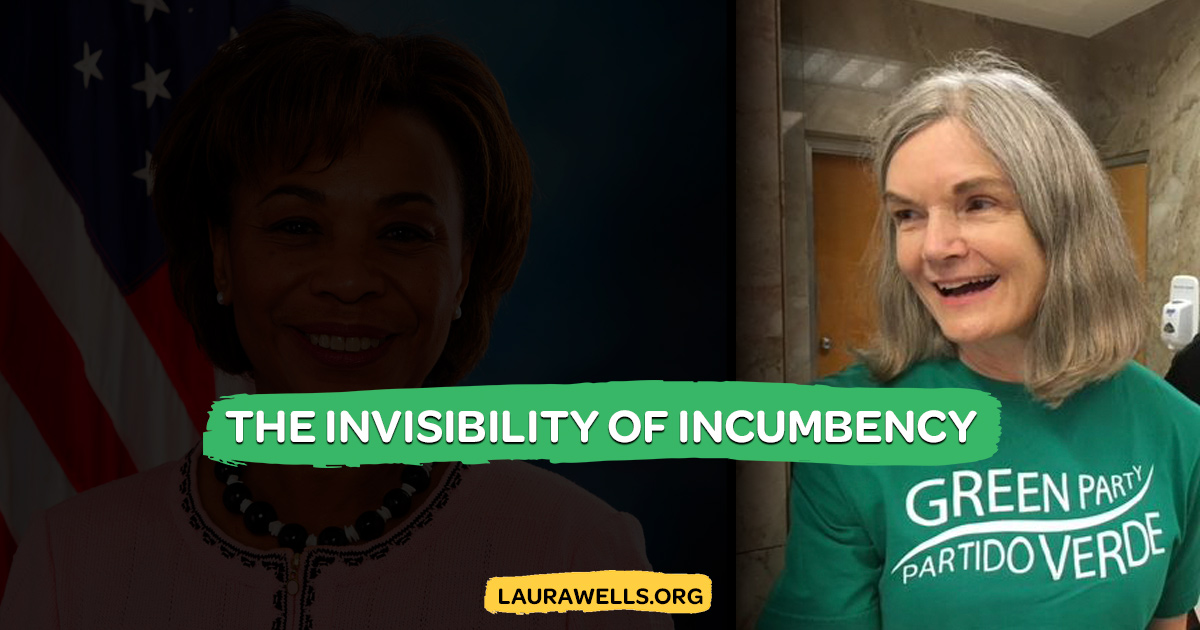 This race is about a crisis — a crisis in justice, ecology, peace and democracy. The time is now to change our habits, raise our expectations, and stop accepting the status quo. The status quo is not what we want or need, and that was true even before Trump’s terrible time in office.

The way we habitually use our power does not serve us, or our children and their children. What power am I talking about? Wallet power, rally power, organizing power, and voting power. The collective of our individual power is a force we can use. Please feel free to forward this message.

This race is about how we use our voting power.

I have gathered comments from many people and shared them in this BLOG. It is called a Wish List and perhaps it should be called the Invisibility of Incumbency because it lays out where our incumbent Democratic Congressperson Barbara Lee has not represented her district, and we don’t even realize it.

Let’s not simply assume that because our Congressperson did represent us by voting “no” after 9/11, that she has represented us equally well in the seventeen years since.

Included in the BLOG are short sections about basic areas in which our congressperson did not represent us. Barbara Lee:

What DID she do? She did vote for bank bailouts. The $700 billion bailout that enriched the billionaires on Wall Street.

The time is now to change our voting habits. You can REVERSE one of the most destructive narratives of two-party propaganda, and cast your vote FOR grassroots, corporate-free candidates that the billionaire class and their corporations say “can’t win.” When that phrase is used, what it really means is that “we the people” can’t win. Wrong! Your vote for Laura Wells can either elect a Green to Congress, which would be a welcome game-changer in our super-power country, or it can pressure Congress to move, not to the right, but to the left.

People can win. We CAN win!