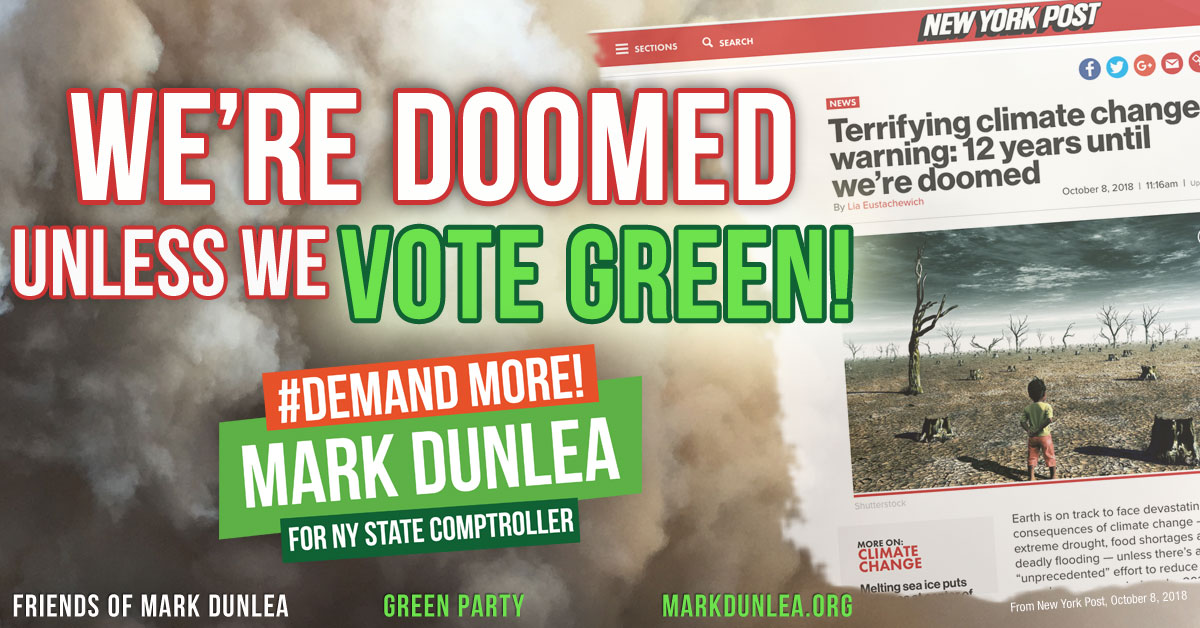 Investing billions of dollars in companies that are destroying life on our planet is morally wrong. But is also increasingly a bad financial decision, with the fossil fuel industry underperforming the rest of the stock market in recent years. A new study shows that New York would have an extra $22 billion in its pension fund if it had divested.

When the leading opponent of divestment in the Comptroller's office is provided a huge paycheck by the fossil fuel industry for little work after she leaves the office, the public is entitled to a far more comprehensive investigation that we have seen so far.

New York State says it has $6 billion of the state pension funds invested in fossil fuels, including $1 billion in Exxon. Others say the figure is close to $11 billion. New York is second largest pension plan in the country. New York City recently announced it would divest. nearly 1,000 institutional investors with assets of more than $7 trillion have committed to divestment, up from $52 billion just four years ago

If you're serious about climate change, join with the Mark Dunlea, Green for Comptroller campaign and help elect a candidate who will address climate change on Day One. You can donate and volunteer  and follow Mark on Twitter  and Facebook.

We had our first debate last week for the Comptroller’s race and as expected I was the only candidate to support divestment. You can watch the debate or read a politico story.

The Green Party’s Mark Dunlea used his stage time, as he has much of his campaign, to pressure DiNapoli to divest the pension fund from fossil fuel companies. “Divestment is a small, simple step,” he said. “But if Tom DiNapoli does that, he’s going to be a world-class hero on climate change, and if I can convince him during this campaign to divest, then my campaign will have been successful.”

“I agree with Mark; climate is a serious issue, the issue of our time,” DiNapoli said. “Climate’s a big issue, and just selling stock in the fossil fuel industries is not going to solve it. … Just taking your voice away by selling all your shares is not the best way to do that.”

The big news of course on climate last week by the IPCC saying the world had 12 years for a full-scale emergency mobilization to save life on the planet. The Glens Falls Post Star wrote a hard hitting editorial calling for action after Howie Hawkins and I met with them.