It was a good run ... but the race is far from over 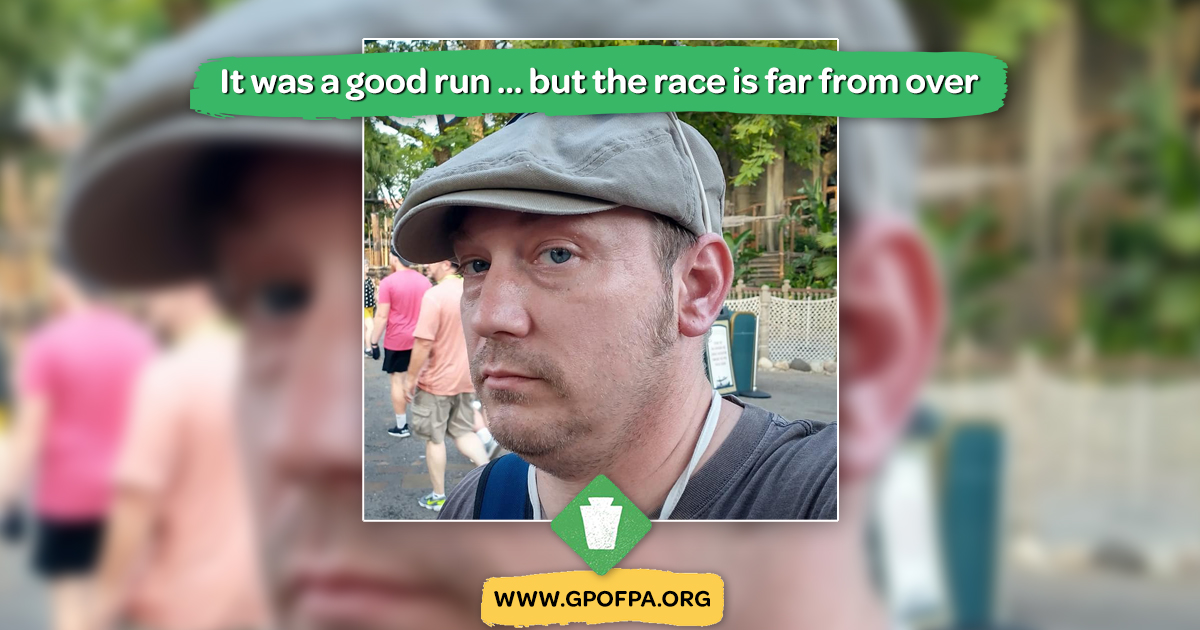 It's an end to something; an ending I chose with my eyes wide open. You might think that would make my transition into a more normal life much easier. But it doesn't. Knowing I'll have literally dozens of hours every month to myself and with my family; being at home on Thursdays before 11; not having to check the calendar for Saturday workshops and School Board meetings -- all seem like things to look forward to. At least, that's what people keep telling me.

But these are not really the joys that consume my thoughts. I cleverly, yet inadvertently, used the word "concludes" before, no doubt for some small, self-indulging illusion. Possibly some Jedi mind trick to make me believe that everything I thought was important has been concluded. Of course, it's not.

Some of my successes have had a conclusion no doubt. A referendum regarding civics education in the classroom, a new Martin Luther King Jr. Day of Service program, hundreds of votes on meaningful programs and day-to-day functions which allowed our students to access the best education we could provide, improving transparency, my 4 years at the Tech School, and many more are the joys I can carry away. For sure!

Yet – so many undertakings are still an ongoing process. I need to trust that those elected to serve in my absence will keep their eye on the prize; that prize is the public good, the common good.

I am worried about who will be left to speak for them now. As I "leave by choice" in my words, who else will keep up the good fight? Who will be fighting for the not-so majority? That is the hard truth.

What will happen next is still unwritten. "We the People" must pay attention, get involved, and participate. Otherwise, the pages of time will be written by private lawyers funded by corporate interests. You should support people who choose to fight for the public good, for the common good.

You should become a person who chooses to fight for the public good, for the common good.