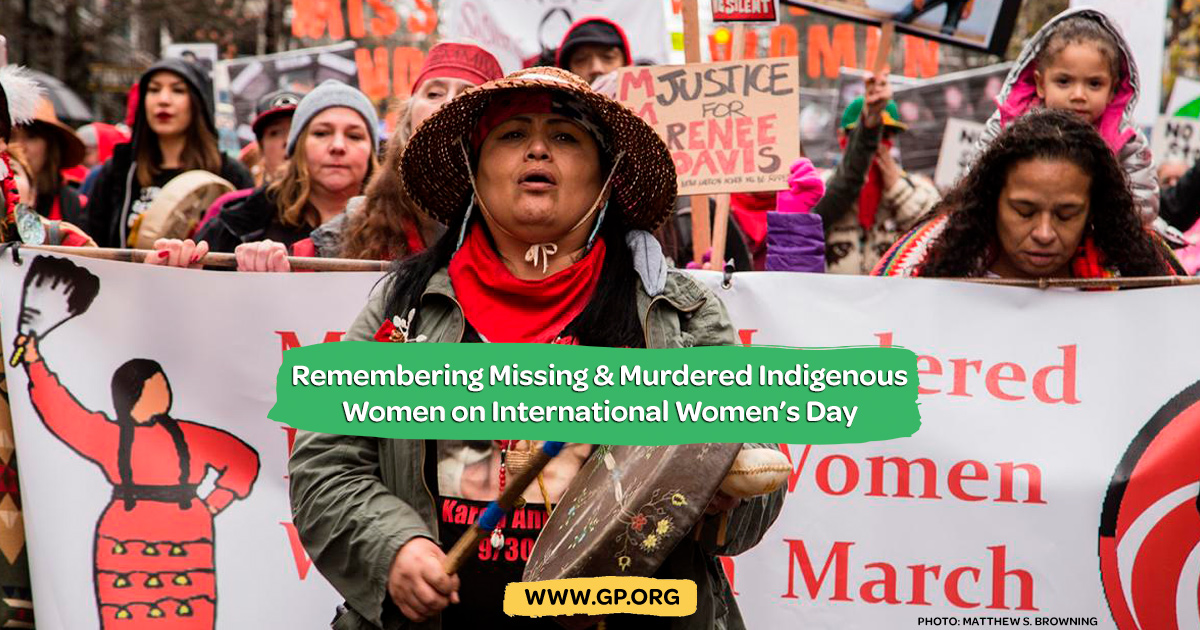 This month we are honoring women during Women's History Month and International Women's Day. Every day of every month there are Green Women working hard to elevate the Green Party Platform and the Green Party Values. Our Green Women stand for women's rights, sociaI equality, reproductive rights, economic equality and against the atrocities of violence and oppression. I applaud all the wonderful strong Green Women who are working toward a more peaceful, just and equal world.

While we celebrate women in our communities this month and on International Women's Day I also want to address an issue of violence and oppression: Missing and Murdered Indigenous Women (MMIW).

Indigenous women nationwide are collectively raising their voices to raise awareness to this crisis. They are calling upon every one of us to help elevate this issue in the efforts to create legislation which will require more efficient collection of data.

Thousands of Indigenous women and girls are reported missing each year, with only a fraction of those reported actually entered into law enforcement databases.

The Urban Indian Health Institute recently released a study that includes "snapshot" data from 71 urban cities in the United States on MMIW.

Using limited resources, this study revealed the findings of 506 unique cases of MMIW and girls, ranging in ages from 1 to 83 years old.

The study reported that 95% of the 506 cases identified were never covered by national or international media.

The Green Party's platform calls for "a more thorough dialog and understanding of violence against women and girls, including from prostitution and trafficking, that causes health and injury that seriously degrades their lives, even to death or premature death, as well as causing severe economic hardships". MMIW is truly a crisis of violence against women and must be aggressively addressed. As Greens, we must support our Indigenous communities in this effort.

As we celebrate and honor women, we also need to acknowledge the MMIW crisis. Ingdigenous women are rising up to this issue. They are asking for non-indigenous allies to help them raise awareness as well.

What can Greens do?