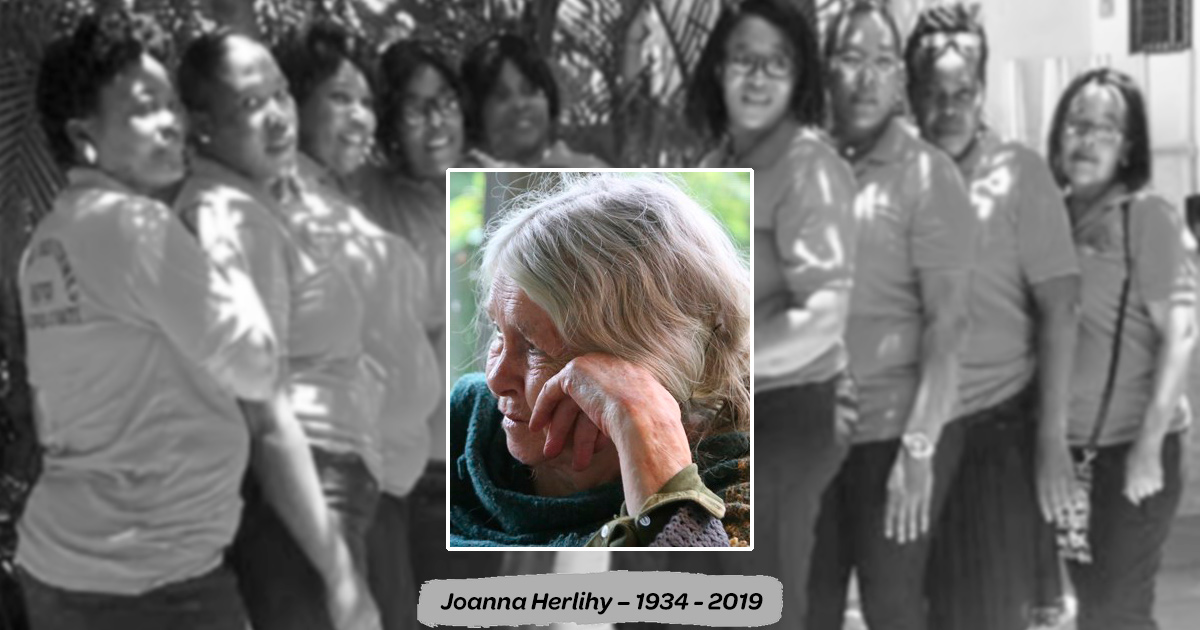 Joanna Herlihy of Cambridge, Massachusetts, died in her home on November 29, 2019. She was born on March 9, 1934, in Chicago, Illinois, to Frank and Betty Herlihy and grew up in Comstock, Michigan. Joanna entered the University of Chicago at age fifteen and graduated with a degree in linguistics. She and her first husband, Alexander Lipson (d. 1980), moved to Cambridge in 1955. They had four children: Sonia Lipson, Nathan Lipson (d. 2017), Sam Lipson, and Mimi Lipson.

She later spent seven years farming in southeastern Ontario with her second husband, Ernest Murray, after which she served a term in the Peace Corps in Kingston, Jamaica. In 1985 she moved back to Cambridge with her third husband, McDonald Burnette (d. 2015).

Joanna was a passionate friend to the disadvantaged and an active member of the Massachusetts Green-Rainbow party. She led a life of moral and civic purpose, beginning at age eight when she encouraged her family to plant a victory garden for the cause overseas.

She canvassed for the passage of rent control in the city of Cambridge, joined the 1969 student-led occupation of University Hall to protest Harvard Universitys ROTC program, and served as an OAS observer in Haitis' first modern free election. Issues she worked on more recently include public banking and a citizens response to climate change.

Joanna is survived by her three living children; her grandchildren Felix Glazier, Lu Glazier, and Ava Lipson; her sister, Susanna Campbell; her brother, Terence Herlihy; and many nieces, nephews, cousins, and friends.

The family requests that donations in her name be made to the Haiti Democracy Project or the Schumacher Center for New Economics.