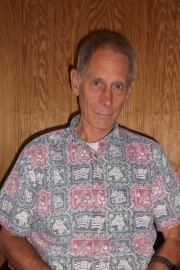 Jon D. Olsen grew up in Maine and graduated from Lincoln Academy and Bates College, earning a degree in philosophy. After teaching high school for a year, he was drawn to Hawai'i, attending University of Hawai'i at Manoa in Honolulu, obtaining a Master's degree, also in philosophy.

The time was the mid-sixties, when the Vietnam War was raging. He took an active role in opposing that unjust and aggressive war and was a founding member there of Students for a Democratic Society and Draft Resistance, along with a short-lived Peace and Freedom Party. Twenty years later he was a founding member of the Hawai'i Green Party. He met a newly arrived Filipina immigrant woman, Lilia, while working in the local tuna cannery. They married in 1981 and together have two adult children.

Jon was drawn to various anti-imperial efforts, including gradually, the Hawaiian effort to regaining full effective sovereignty, paying close attention to Hawaiian activists who had deep knowledge of the subject matter. Upon returning to his Maine homestead in 2001 as his father was then turning 90, Jon brought with him books and documents pertaining to the matter of Hawaiian sovereignty, which then became the basis of "Liberate Hawai'i! Renouncing and Defying the Continuing Fraudulent U.S. claim to the Sovereignty of Hawai'i." He quickly joined the Maine Green Independent Party, serving twice on the state committee and currently (2018) serves as co-chair. He does some low level organic gardening as well.