Joy Davis on taxes and elections 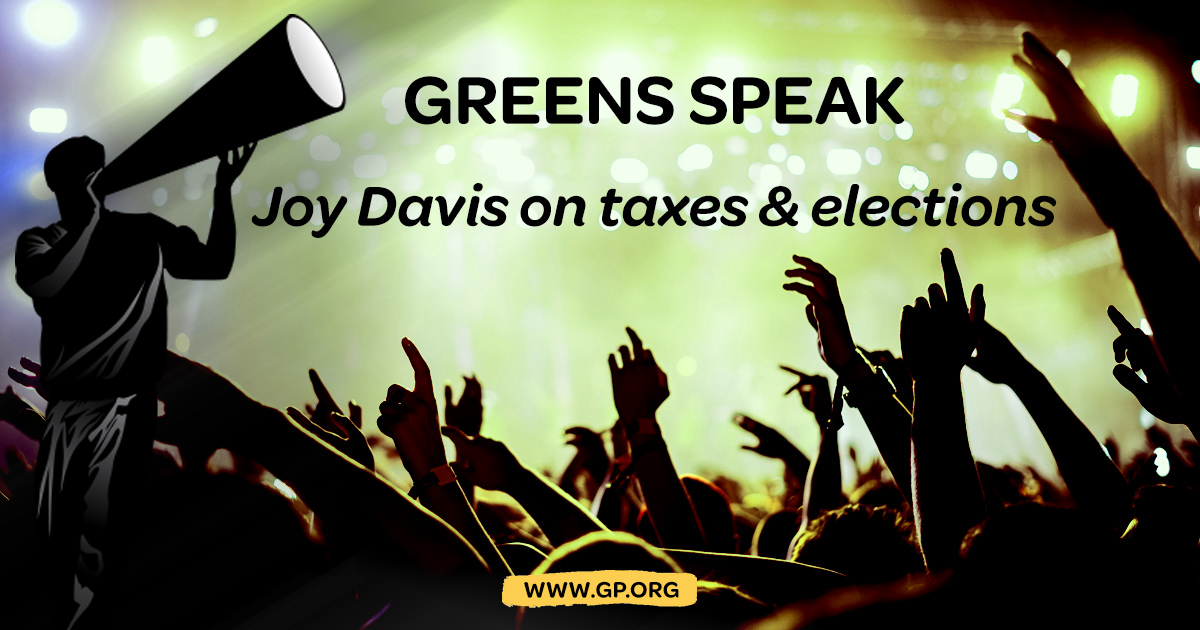 Hello everyone. My name is Joy Davis. I am one of the Green Party’s National Outreach Committee Co-Chairs as well as one of the Co-Chairs of the National Women’s Caucus.

I am here to talk to you about the Senate and the House versions of the GOP Tax Reform bills and what it could mean for you.

Currently, grad students that work as research or teaching assistants are exempt from paying taxes on the tuition waivers they receive in exchange for work.

Under the House bill, the exemption for tuition waivers would be eliminated. This means graduate students would have to count the waivers as income, even though they did not receive the money directly.

Now, under the Senate bill, the exemption for tuition waivers would remain in place. The Senate version of the Tax bill also includes a provision to allow for drilling into the Arctic National Wildlife Refuge.

We continuously see the damages that occur when these pipelines leak. It is an environmental disaster.

So, on a side note, since I am from Texas US Representative Al Green not the entertainer, from Texas pushed forward with Articles of Impeachment against Donald Trump.

Now Republicans are the majority in the House and the Senate. However, there were Democrats that voted in favor of tabling the resolution to Impeach Trump.

We want you to not only vote Green. We want you to join the Green Party and get involved at the local level as well as the national level. We also encourage you to run for office.

We want to continue seeing Green Party candidates getting elected into office. So, let’s send a message to Congress. Every Representative that voted in favor of this tax reform bill, we will vote against them in November and vote Green in 2018.

Thank you so much.