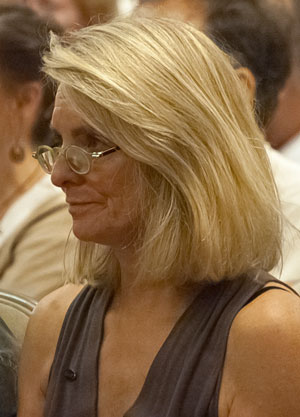 Dr. Justine McCabe is a lifelong human rights and peace activist. She is a past Co-Chair of the International Committee of the Green Party of the United States for which she served as a point person on the Israeli-Palestinian conflict. Dr. McCabe has extensive experience speaking and writing about this issue including published opinion pieces and letters in venues like the Hartford Courant and The New York Times.

She has also advocated for the medical rights of women and health care reform in California and Connecticut. Most recently, she co-authored The Connecticut Health Care Security Act, which would implement a single payer health insurance system in Connecticut.

Dr. McCabe received doctorates in both cultural anthropology (Duke University) and clinical psychology (California School of Professional Psychology). She has lived and traveled widely in the Middle East, conducting anthropological research in Lebanon and Iran. Since the mid-1990s, she has traveled regularly to Israel and the Occupied Palestinian Territories where she has spoken at international conferences and conducted respite workshops for humanitarian workers and seminars on human attachment under conditions of political violence.