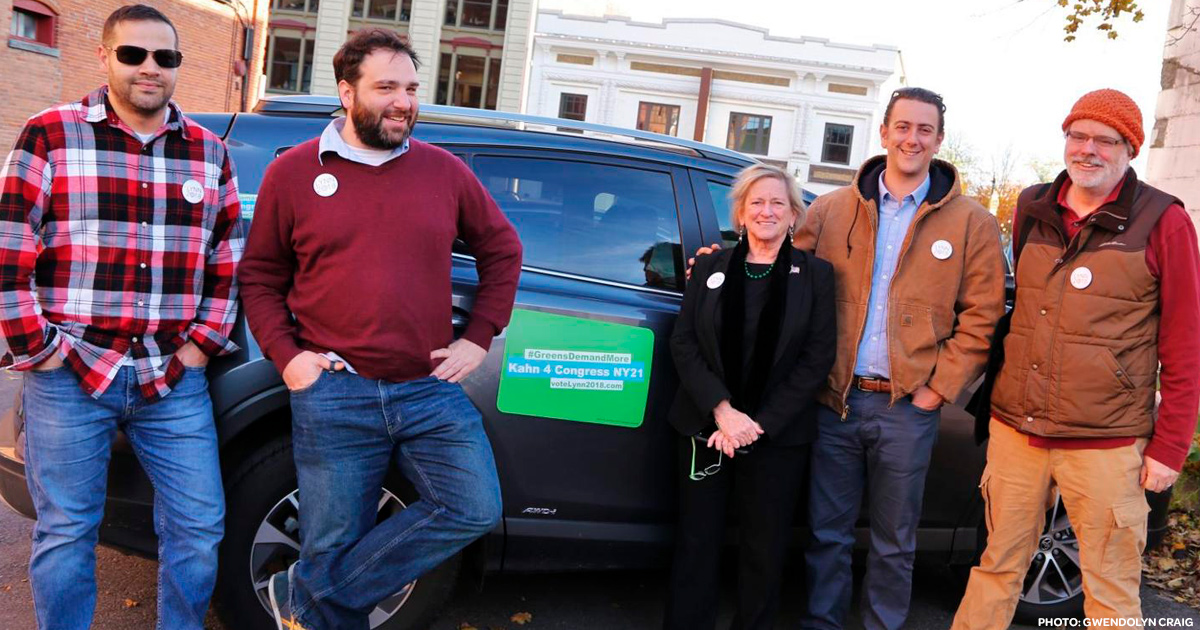 GLENS FALLS, NY — With Election Day approaching, Green Party candidate for the 21st Congressional District Lynn Kahn made a last push Sunday in Glens Falls to get people out to vote.

"It was a great day," Kahn said in the parking lot of Spektor Coffee Roasters, just before driving off to Westport in Essex County for a meeting with parents and local business owners.

The biggest thing she learned from talking with the people of Glens Falls was that a lot of people watched the debates, she said. Kahn appeared on three televised debates with opponents Tedra Cobb, a Democrat, and Rep. Elise Stefanik, R-Willsboro.

Kahn continued to highlight how the debates were great for her, because she did not attack anyone and has offered plans and road maps on specific issues.

Delbert Gregory, co-chair of the Warren County Green Party and executive-at-large of the Green Party of New York, said Kahn knocked on about 30 to 40 doors Sunday, talking mostly with local business owners on both sides of the party aisle. Gregory accompanied the Schroon Lake resident, along with Glens Falls resident Ben Laphan and Kahn's press secretary, Paul Paterakis, among a few others.

Kahn's son Zak flew in from Baltimore to accompany her to the Essex County talk. It was a last-minute stop. Gregory said they've been doing "impromptu things."