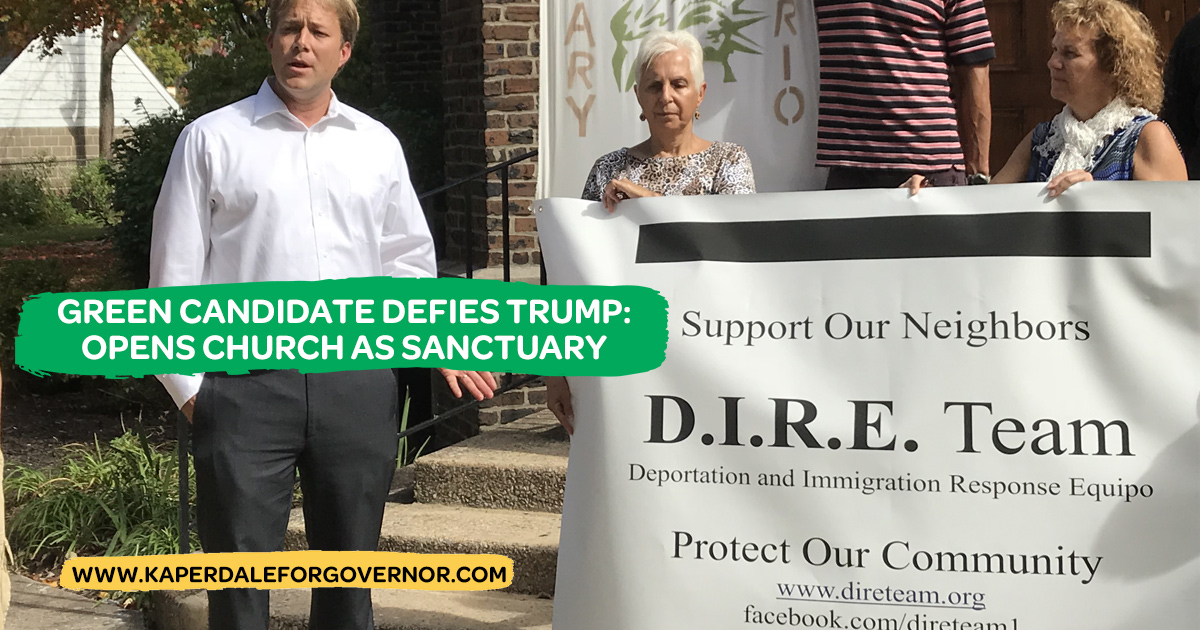 Addressing the crowd, Kaper-Dale called for support from the Highland Park mayor and state legislators, and responded to questions about making New Jersey a Sanctuary state. "I am proud of our work to make our town a fair and welcoming community, and as governor I want to pass sanctuary legislation that has teeth," the candidate said. "I am not in the televised debate tonight which unfortunately means that people concerned about keeping our families together will not have someone representing them who is driven by this kind of experience," he added.

The immigrants who arrived in Kaper-Dale's church this morning recently received a letter threatening their immediate arrest if they do not report to immigration authorities today, according to Kaper-Dale's campaign.

As a pastor and activist, Kaper-Dale's defense of the rights of migrants catapulted him into the national spotlight in 2012, when his church served as a sanctuary to 9 Indonesian refugees for 11 months.

"I am not doing this because I am running for governor. My community, my church and I are doing what we have always done. We are opening our doors in solidarity with the victims of wrong-headed policies of hatred. I did this before I was a candidate and if I am elected governor on November 7, I will continue to put myself on the line to accompany people wronged by unjust policies and politicians preaching hatred," Kaper-Dale said in an interview before the gathering.

Kaper-Dale's platform includes declaring NJ a sanctuary state, issuing drivers licenses and providing healthcare to all NJ residents including the undocumented, with a plan he claims will save money.