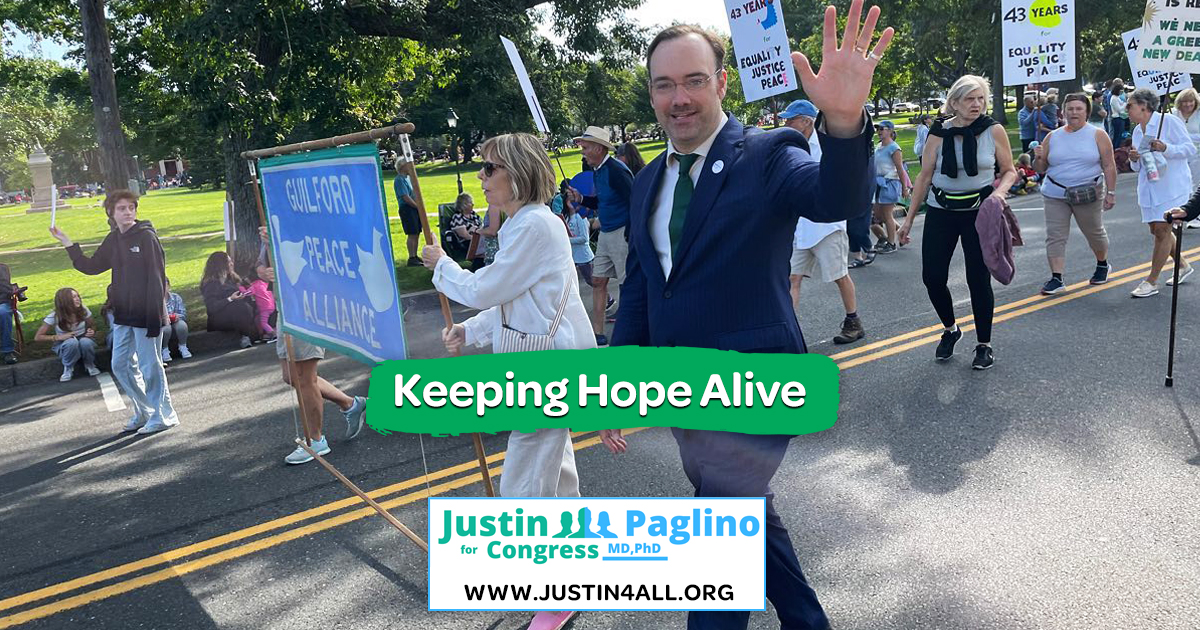 As of this morning, it appears that I did not reach the 1% vote threshold I was hoping for to maintain the ballot line for the Connecticut Green Party in the 3rd Congressional District.

Your support confirms to me that I am doing something worthwhile, that the future I am trying to bring into being is one that others believe in too. I still believe we can get there.

The fight continues, of course. Setbacks can contaminate us with discouragement, so we must remind ourselves not just why we fight, but why we must fight.

Here are some inspirational quotes I hope will bevy your own spirit of hope, resilience, and determination.

“Never forget that justice is what love looks like in public.”
— Cornel West

“Continue to speak out against all forms of injustice to yourselves and others, and you will set a mighty example for your children and for future generations.”
— Bernice King

“As my sufferings mounted I soon realized that there were two ways in which I could respond to my situation — either to react with bitterness or seek to transform the suffering into a creative force. I decided to follow the latter course.”
— Martin Luther King, Jr.

“Human progress is neither automatic nor inevitable... Every step toward the goal of justice requires sacrifice, suffering, and struggle; the tireless exertions and passionate concern of dedicated individuals.”
— Martin Luther King, Jr.

“The only way we'll get freedom for ourselves is to identify ourselves with every oppressed people in the world.”
— Malcolm X

“The world would be a paradise of peace and justice if global citizens shared a common definition of love which would guide our thoughts and action.”
— bell hooks

“Overcoming poverty is not a gesture of charity. It is an act of justice. It is the protection of a fundamental human right, the right to dignity and a decent life.”
— Nelson Mandela

“If you tremble with indignation at every injustice then you are a comrade of mine.”
— Ernesto Che Guevara

''Medicine is a social science, and politics is nothing but medicine on a large scale.'
-Paul Farmer