Knee on the neck of Black Americans for 400 years 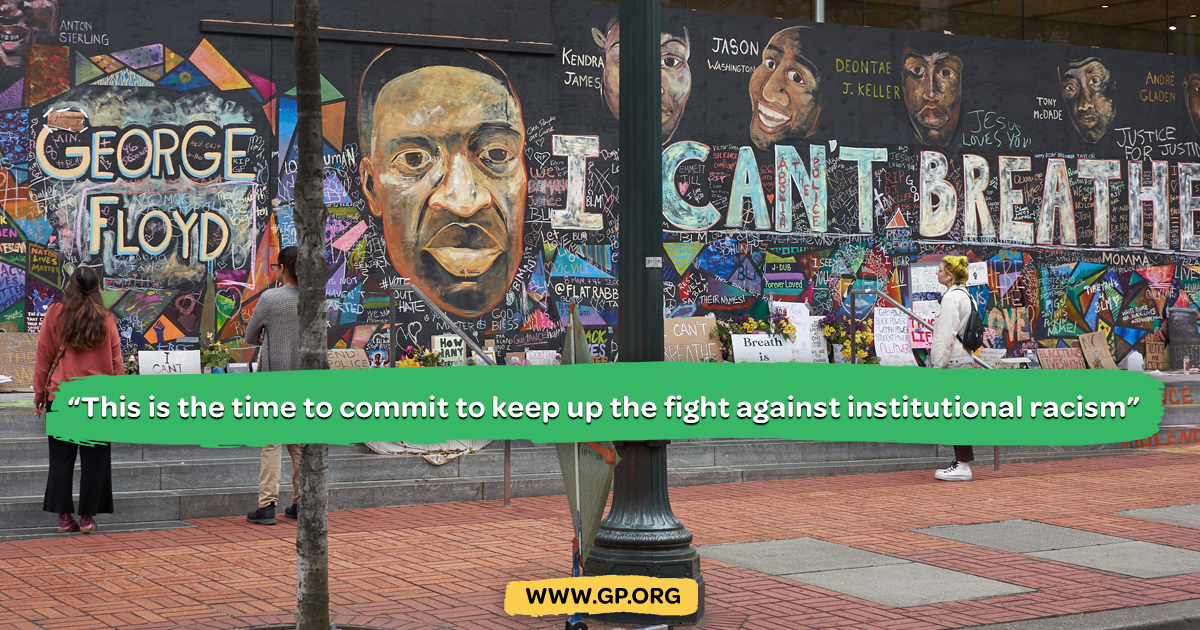 On Memorial Day 2020 Officer Chauvin, now a former police officer of the Minneapolis Police Department (MPD), murdered George Floyd in the state of Minnesota where I live. The former officer kept his knee on George Floyd’s neck for eight terrorizing minutes, which ultimately led to the death of Mr Floyd. This event was live streamed by a Minneapolis resident on Facebook where you can hear community members telling the officer to stop because they knew he was killing Mr Floyd. Officer Chauvin and the other officers involved have been fired from the MPD and Officer Chauvin was formally charged with third degree murder.

The livestream of Mr Floyd’s death has sparked outrage and has led to civil disobedience across America and protest around the world. Many Black Americans and others are angry, but not surprised about what happened because the US Government has had its knee on the neck of Black Americans for 400 years. This is why Green Party policies like Reparations for the Descendants of Slavery in America are so important. They call for cessations and to stop the wrong and harm America is doing to its black citizens via white supremacy and institutional racism. They aim as well to address the wealth gap, including past and present injustices in the US against African Americans.

These incidents are traumatizing to the black community nationwide and even throughout the diaspora. Mr Floyd was loved by his family, his community and often is referred to as a gentle giant with a kind heart. The community he is from and the world at large will continue to show love and support to the family of George Floyd. This is the time to commit to keep up the fight against institutional racism so that it doesn't continue to happen at home and abroad.

Trahern Crews is a co-chair of Green Party of the United States as well as co-chair and organiser for Black Lives Matter, Minnesota, US.