Michael Lavery, a Becket Select Board member, will run as a Green-Rainbow candidate against state Rep. Smitty Pignatelli 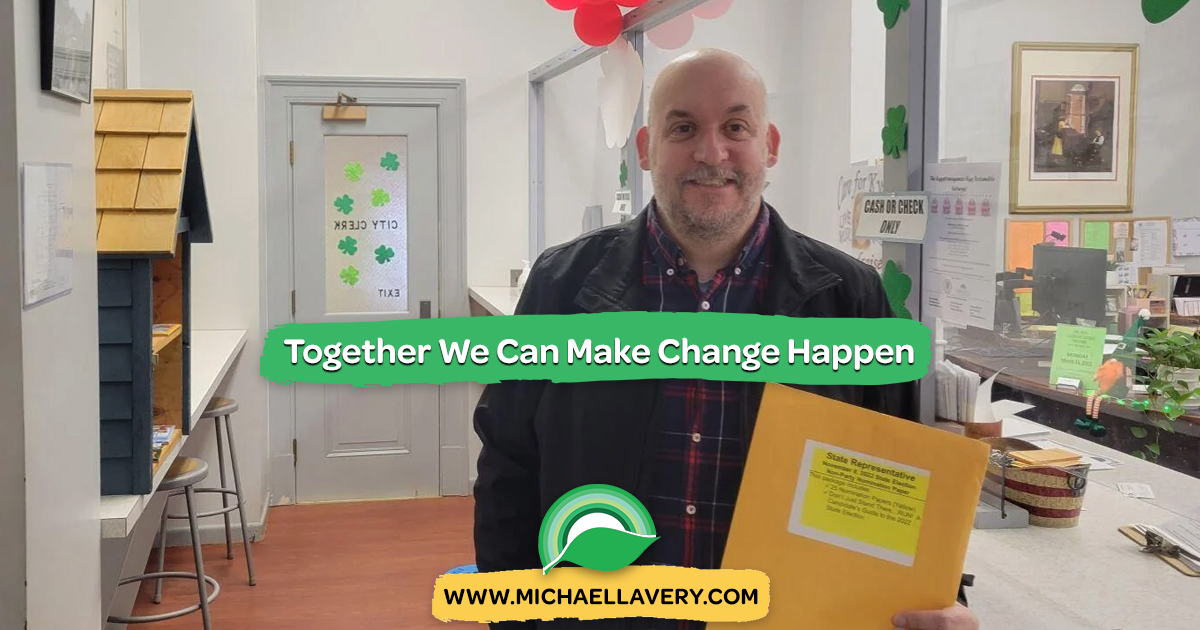 BECKET, MA — Becket Select Board member Michael Lavery is running for state representative, and he is taking on the county’s longest-tenured state lawmaker.

Lavery, who won election to the board in 2017, is running as a Green-Rainbow Party candidate against state Rep. William “Smitty” Pignatelli, D-Lenox, for the newly redistricted 3rd Berkshire seat in the Massachusetts House.

On his campaign website, Lavery, 51, lists energy and oil, crime and policing, economy and jobs, and tax reform as four priority issues. In an interview, he said that his top legislative goals include getting Massachusetts to 95 percent renewable energy by 2050, ending long criminal sentences for drug use and shifting the tax burden from the general public to top earners and corporations.

“With the COVID situation improving, I kind of saw a window of opportunity of meeting people in person and getting my name out there and getting my brand of politics out there, which might be a different politics than they are used to with the current occupant of the Berkshires District 4 seat,” Lavery said. “I wanted to run because I always think that more candidates is better, and I do feel it’s healthy for democracy to have choices.”

Pignatelli, 62, was a Lenox Select Board member when voters elected him to the State House in 2002, and he confirmed on Tuesday that he plans to pursue reelection. While Pignatelli represents the 4th Berkshire District, redistricting changes — Berkshire County will have its four representatives reduced to three — will bring both Becket and Lenox into the new 3rd Berkshire District. The new district includes the 6,330 residents of Dalton, which Pignatelli has not represented, and excludes the Hampden County towns of Blandford, Russell and Tolland that Pignatelli currently represents.

The two candidates spoke over the phone after Lavery announced his campaign in a March 16 Facebook post.

“It’s always been a good working relationship, and he’s done what he could whenever [the Select Board] asked for it,” Lavery said.

“He was kind enough to call me, we had a nice conversation, and I said I look forward to a nice, productive dialogue once I find more about his positions,” Pignatelli said. “Michael’s a very nice man. I look forward to the dialogue, and I put my faith in the voters to weigh the differences.”

Lavery, who moved to Becket around 2010, works as operations manager for professional services company Price-Waterhouse Coopers in Albany, he said.

A member of the Berkshires chapter of the Democratic Socialists of America, Lavery said that he was registered as a Democrat until recent frustrations led him to leave the party. He worked on the campaign that won state Sen. Adam Hinds, D-Pittsfield, his seat in 2016.