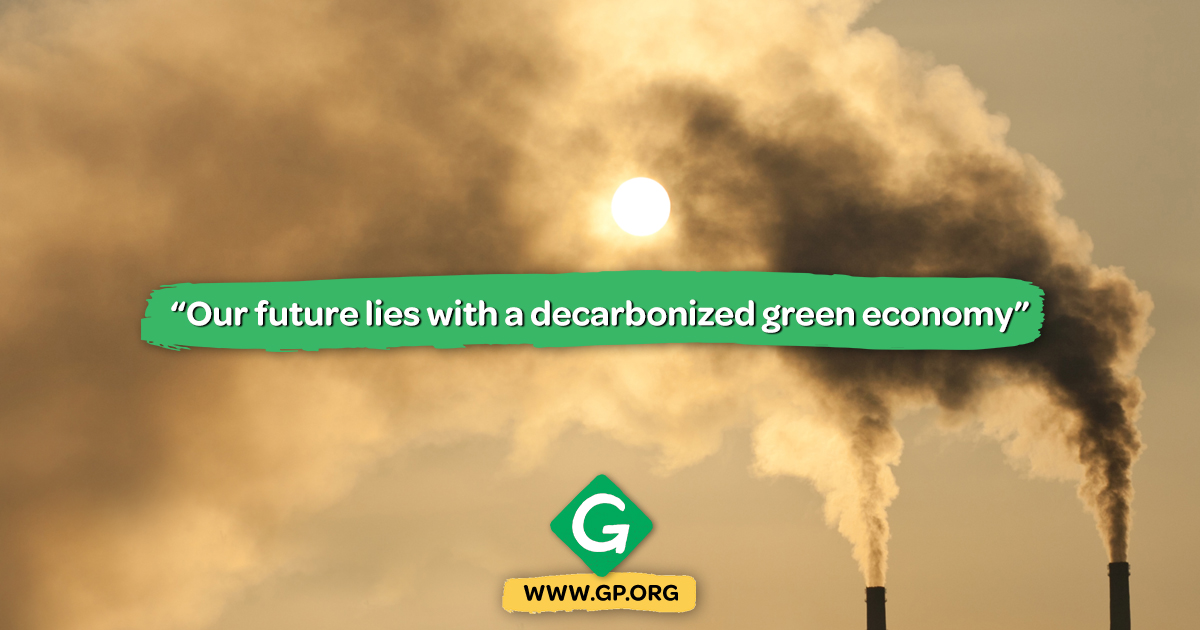 When will Fitzgerald be honest with us that the climate emergency is accelerating, we’re seeing the signs globally including yet another abnormally warm December in Pittsburgh and that there are no jobs for anyone if human civilization cannot survive?

There need not be conflict between jobs and the planet; the real, original Green New Deal, part of the Green Party’s national platform since 2012, can make millions of good-paying, unionized green jobs, far more and better jobs than oil, gas and petrochemicals can ever promise and without the toxic, unhealthy, planet-destroying pollution, too. We can have an economy that works for us, not corporations, that takes care of every worker and family.

Our future lies with a decarbonized green economy; Fitzgerald, Democrats and Republicans need to figure this out before it is too late to stop a global catastrophe.

Garret Wassermann is a national steering committee co-chair of the Green Party of the United States.