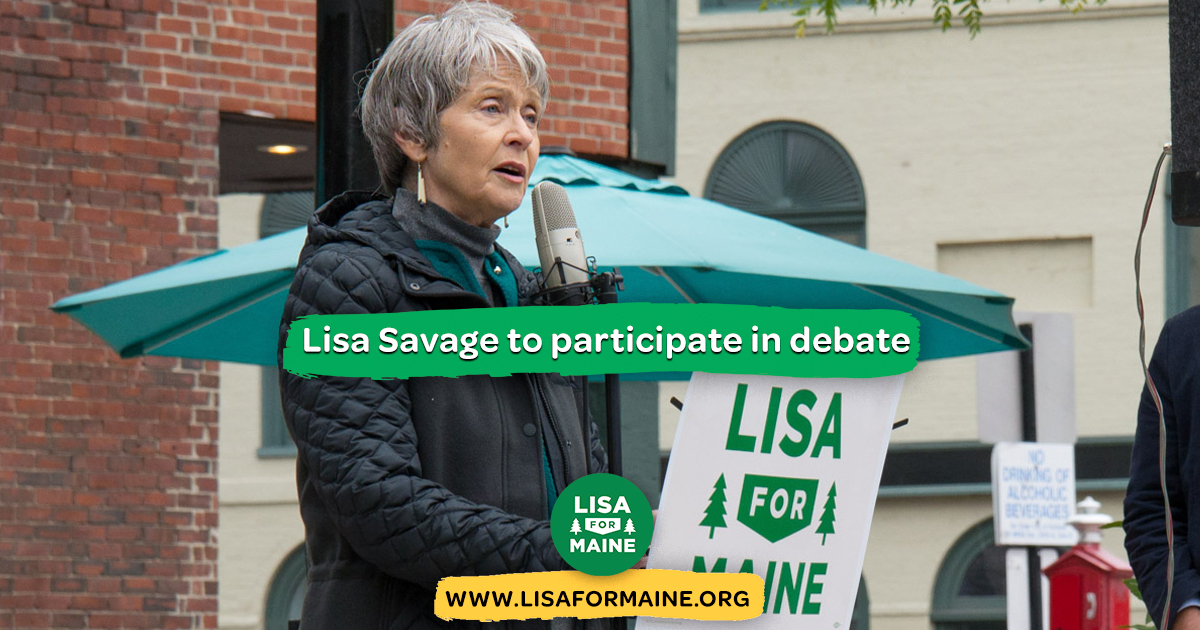 PORTLAND, Me — It’s been nearly a month since the stage for the November General Election has been set after Democratic U.S. Senate candidate Sara Gideon won the Maine State Primary. Now, another stage has been set—the debate stage.

The Sept. 11 debate will appear in person, but there won’t be a live audience due to coronavirus concerns. The candidates and moderators will be spaced to allow for social distancing. The debate, set for 7 p.m., will be shown live on-air on NEWS CENTER Maine as well as streamed online on the three outlets’ digital platforms.

NEWS CENTER Maine is the TV partner of the Press Herald; the collaboration with the Bangor Daily News marks the first time in recent history the two newspapers have collaborated on a candidate debate.

“In a time of intense media competition, we’re glad to partner with the Press Herald and NEWS CENTER Maine to host a smart debate for this hugely important Senate race,” Dan MacLeod, the BDN’s managing editor, said. “We’re especially excited to work with our audience to ensure the questions and topics help them make an informed decision in November.”

A Press Herald deputy managing news editor, Dieter Bradbury, said, “This is a critical election, and it’s more important than ever that voters hear directly from the candidates about their positions on important issues. We’re pleased to team up with the Bangor Daily News and NEWS CENTER Maine to host this event.”

NEWS CENTER Maine news director Mike Redding said the debate will be an important part of giving Mainers “enough clear information to make informed decisions. “And teaming up with the Bangor Daily News and the Portland Press Herald means no one in this state could possibly miss this opportunity to be informed,” Redding said.

The debate will feature a highly-anticipated face-off between Collins and her Democratic opponent Gideon. The two candidates have been entrenched in the race since even before Gideon claimed victory in the primary. With the countless attack ads and social media spending amid the pandemic, the race is quickly becoming the most expensive race in state history.

In the days following her primary win, Gideon challenged Collins to five debates—to which Collins responded, “Let’s debate tonight!” Collins proposed 16 debates, one for each Maine county. It’s not known yet if the other 15 will come to fruition.

A spokesperson for the Collins campaign said Collins “is looking forward to the debates and discussing all of the issues that are important to Maine.”

The latest poll from Quinnipiac University shows a narrow edge Gideon, who received 47 percent of the vote to Collins’ 43 percent. Six percent of voters polled were undecided.

The spotlight won’t just be on Gideon and Collins, however. They will share the stage with Independents Lisa Savage and Max Linn, who are looking to shake up the race. Linn and Savage have qualified to be on the November ballot, while one other candidate, Tiffany Bond, is currently in litigation hoping to have her signatures confirmed to get on the ballot as well.

Linn was recently cleared for the ballot after a challenge against his nominating petitions had been withdrawn.

Of the debate, Linn said in a Facebook post, “Open Debate is what makes America great. I’m excited to take the stage in the upcoming debates in September to call out the flaws in the two party system. We just can’t keep operating our nation with backroom dirty politics and divineness that has been created by the Republicans and the Democrats. We need real change in American politics and we need it now!”

Savage says she's eager for the debate and says she hopes the Sept. 11 debate is "just one of many so that the people of Maine have an opportunity to truly examine which candidate best matches their hopes and vision for the future of our country in this historic ranked-choice vote."

"The Maine people have made it loud and clear with their support of ranked-choice voting that they want to be able to evaluate candidates on their policies and merits and then vote for the candidate who best matches their values," Savage said.