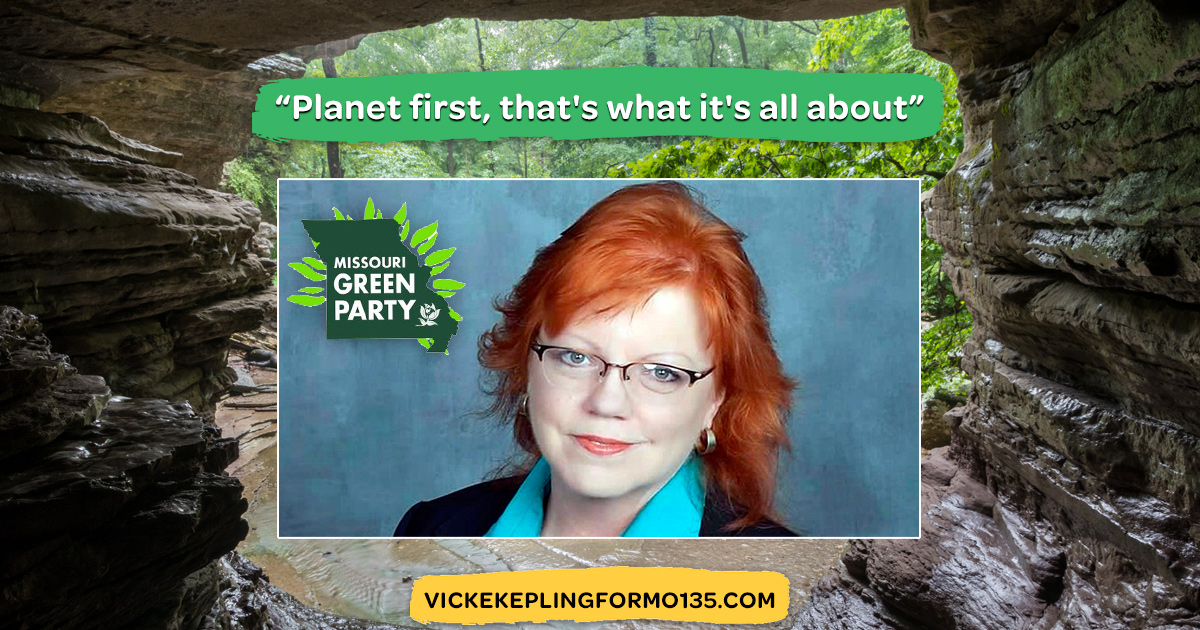 A local Springfield political activist has announced they are running for the Green Party nomination for the Missouri House of Representatives in the 135th district.

Vicke Kepling released a statement Tuesday announcing her campaign. She mentioned a wide variety of issues in her announcement.

"Planet first, that's what it's all about," Kepling stated in the announcement. "If we don't have a sustainable planet and clean drinking water, the rest doesn't matter. We need an environmental voice in Jefferson City, and I hope to be that voice."

Kepling stated she has been a "grassroots activist and community organizer" for twenty years. She cites working with organizations that help children with disabilities, Occupy Wall Street, "equality and justice for the oppressed," joining the NAACP and marching with the group in Ferguson.

"I grew up in Lebanon, Missouri with a racist father and knew at a very young age that he was wrong," Kepling wrote in her release. "He bragged about marching with the KKK on Main Street in Lebanon and would not allow me to date black men. I had to work at changing my language from what I was taught and learned that parents can teach us about what we don't want to be as adults. It was a powerful lesson."

Kepling writes she later felt environmental issues were "her niche." She organized trips to protest at Standing Rock in North Dakota. She also became a Sierra Club member, organized the Springfield Climate Strike in 2019, and once chaired the NAACP Environmental and Climate Justice committee.

A former delegate to the Democratic National Convention supporting Bernie Sanders, Kepling later worked to put the Green Party on the ballot in Missouri. Kepling says she is the first Green Party candidate from Greene County to run for state office.

"My campaign has two mottos: 1) Planet First–We must protect our state's natural resources and water quality. 2) When Trust Matters–We must reduce the power of big money and corporate interests in our state government. When I say 'when trust matters,' I mean that my vote cannot be bought."

"I don't know how much I can get done as a state representative, but I know that I will be a loud voice for the people and planet," Kepling writes.