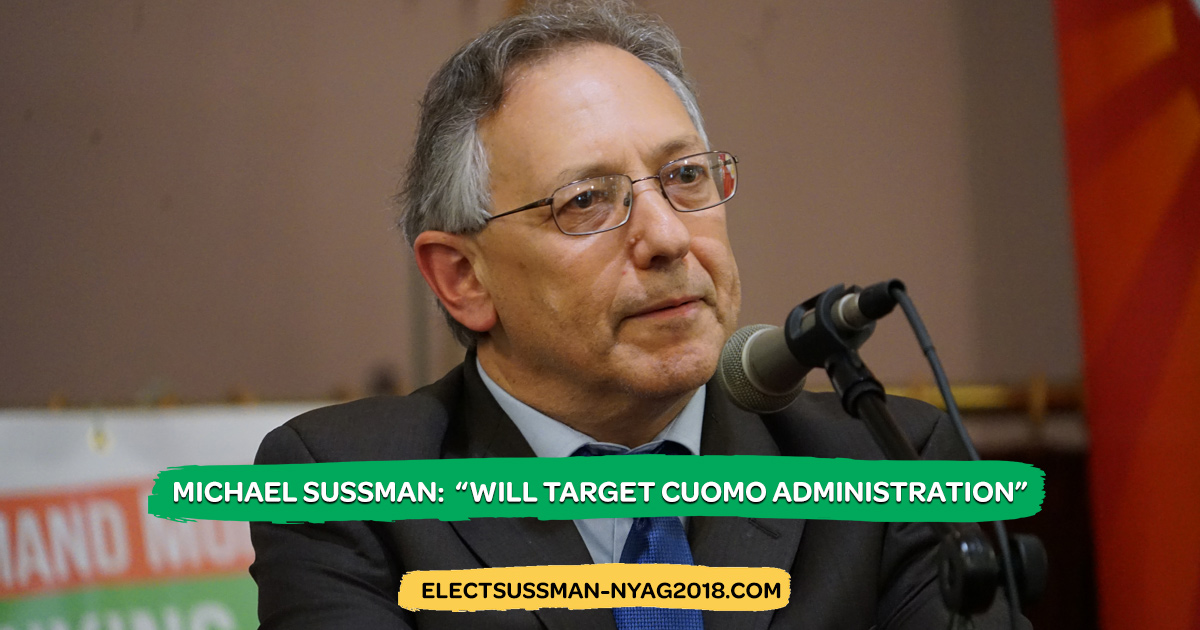 NEWBURGH, NY – Attorney Michael Sussman, running on the Green Party line for state attorney general in November, is looking to use his national public law experience to sway voters in this upcoming election.

Sussman, a long-time Hudson Valley civil rights lawyer, said Thursday night he believes the state needs an independent attorney general, one that can defend infringements against citizen rights violated by state agencies, defend the state’s sovereignty from letting corruption matters be handled by Washington and environmental degradation he feels has been perpetuated by the Cuomo administration.

In fact, Sussman said that he would directly target the Cuomo administration, if elected.

“I think frankly he is target number one and I am going to make him a target. I don’t care if he is re-elected. If he is re-elected, he is going to be, for me, a major target and he is not going to have control over me,” Sussman said.

Sussman said that is why he didn’t run for Orange County executive in 2017 as a Democrat, “though I had the nomination. I did not want to be associated with his party because I believe he is fundamentally corrupt.”

Aside from his beliefs about the current governor, Sussman said he also wants to maintain transparency in his campaign.

According to Sussman, he will not be taking campaign donations in excess of $180 from any individual and will abstain from corporate campaign backing.

Sussman will be in Delhi, Yonkers, his old stomping grounds and Newburgh this weekend. He said he will begin touring across the state for his campaign each weekend, beginning in September before primaries.

A handful of Democrats will face a primary election next month before running against the one Republican and Sussman.