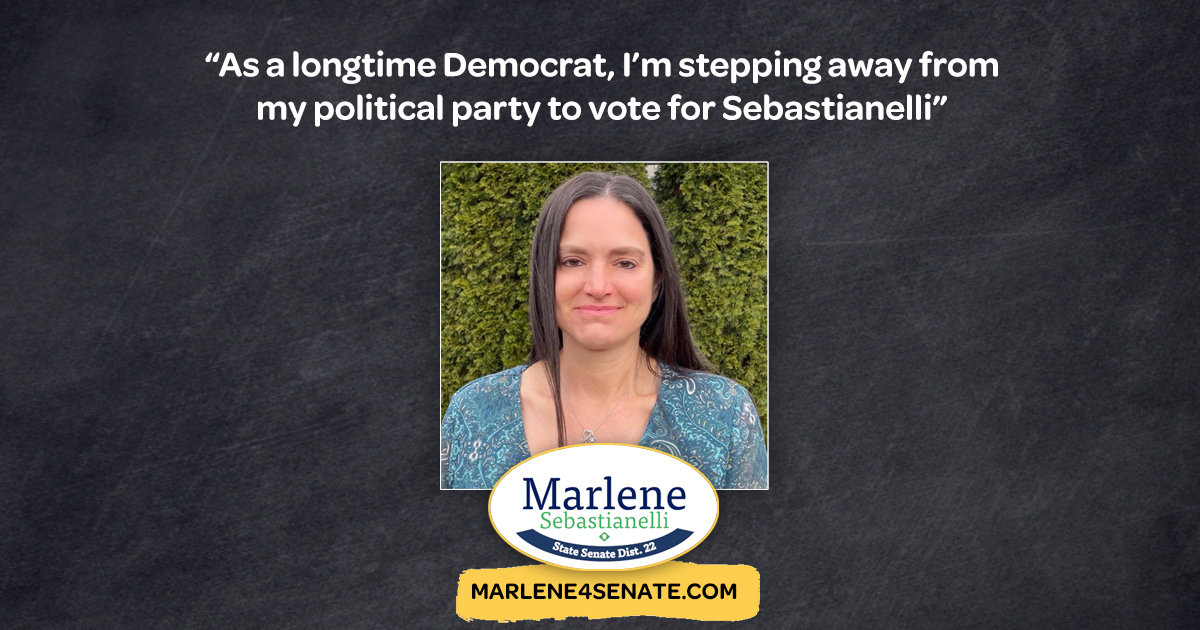 If Marlene Sebastianelli emerges after the May 18 special election as the new Pennsylvania state senator for the 22nd District, voters can finally expect a legitimate champion of the people.

Sebastianelli distances herself so far from establishment political machines she isn’t even a Democrat. Running as a Green Party candidate, she offers voters of all political persuasions a realistic change that translates into real power for all people rather than the usual old boy power for elite politicians and their connected cronies.

As a longtime Democrat, I’m stepping away from my political party to vote for Sebastianelli. I’m not leaving for good although freedom of choice more and more looks like an appealing option. It’s just time to shun another anointed company man party leaders expect Democrats and others to endure.

For eight years Flynn has treated his public service in the Pennsylvania House of Representatives like a bare-knuckle carnival fight. The former prison guard, professional boxer and mixed martial arts bully expects us to support his act.

When it comes to leadership skill, though, Flynn exhibits none.

He just does what he’s told.

Sebastianelli brings a multi-faceted career of professional achievement to her bid for the chance to represent taxpayers rather than the moneyed interests of political masters. A small business owner who earned a Master of Business Administration degree, a breast cancer survivor, mother, wife, accomplished healthcare administrator and tireless community advocate, she exhibits clearer critical thinking ability than Flynn ever exhibited in his shoot-’em-up public service/pugilism career.

Flynn has outlived his usefulness as a public servant.