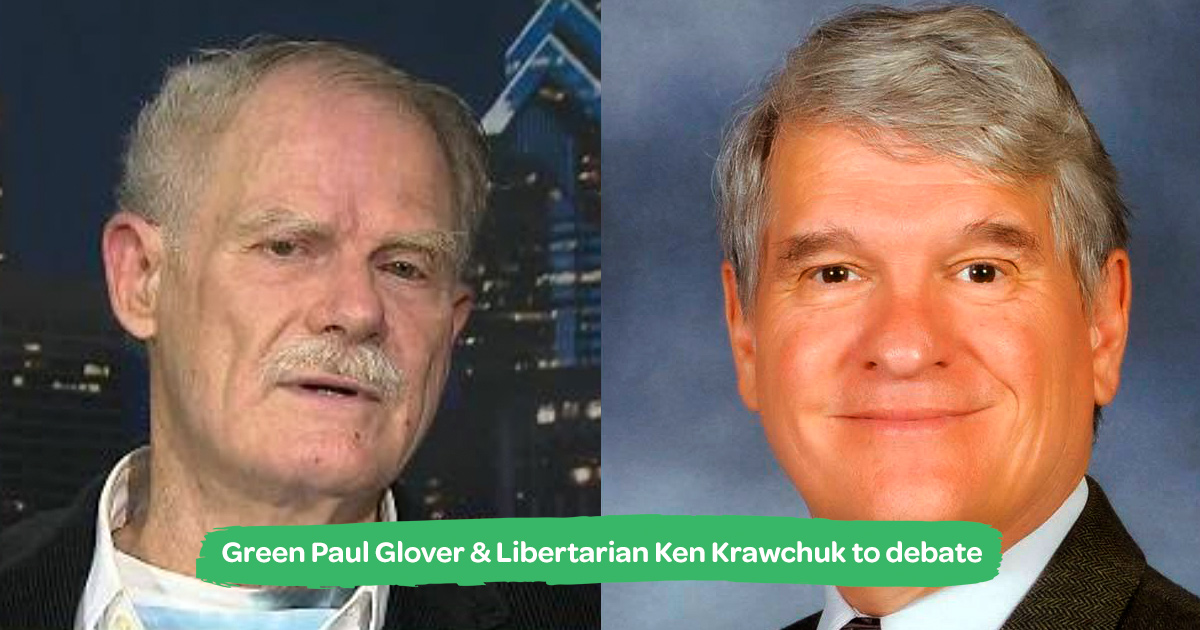 Glenside (Montgomery County) PA – The League of Women Voters of Pennsylvania has announced that it will sponsor a gubernatorial candidate forum on Wednesday, October 24 at 7 p.m. at the North Penn VFW Hall, 2218 Jenkintown Rd in Glenside. All four ballot-qualified candidates were invited, but Republican Scott Wagner & incumbent Democrat Tom Wolf have declined to appear. Green Party candidate Paul Glover and Libertarian Party candidate Ken Krawchuk have both confirmed their attendance.

This is the first gubernatorial election since 2002 to offer Green or Libertarian options for Pennsylvania voters. Glover and Krawchuk's parties benefited from a federal court order, made final in February of this year, reducing Pennsylvania's ballot access requirements for statewide office. After six years of litigation, a federal judge found that the number of signatures of registered voters required to place independent or minor political party candidates on the ballot in Pennsylvania was unconstitutionally prohibitive

Krawchuk, an Abington resident, & Glover, who lives in Philadelphia, were both nominated for governor by their respective parties in 2014, but neither were able to submit enough signatures to appear on the ballot. After successfully qualifying in 2018, both now face the challenge of getting advance word of their candidacies out to voters in a governor's race where only one debate was held and only the two better-known candidates invited.

The event is free and open to the public.