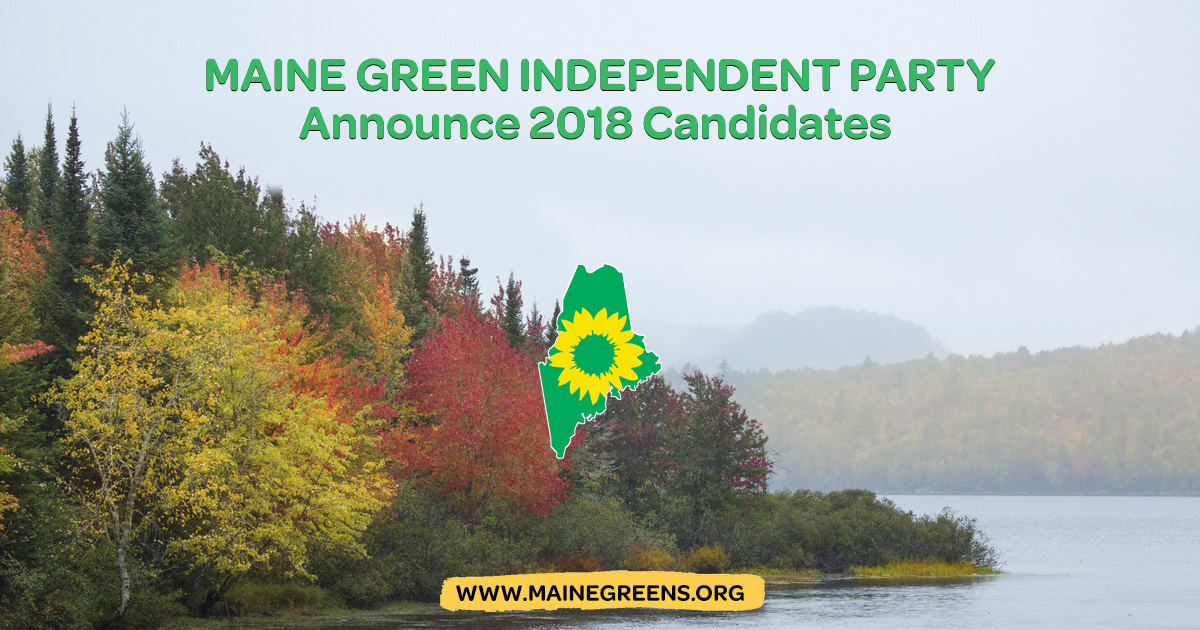 Following the deadline for submitting qualifying signatures, the Maine Green Independent Party has six candidates who will appear on Maine House ballots this November. This follows the early-season good news of Green Gil Harris's election to the Limerick Board of Selectmen, along with a number of other municipal candidates.

The candidates for State Representative are spread throughout the length and breadth of Maine:

"Unlike some of our earlier efforts that featured strong candidates in Portland, but with few elsewhere, I am impressed with the geographic range of these six candidates," said MGIP Co-Chair Jon Olsen. "It shows that our message of fiscal responsibility, peace, justice, and ecological sanity is resonating statewide. We look forward to an exciting election year.

With its two House members, the Maine Green Independents are already the most accomplished Green Party in the U.S., and is the only globally-affiliated party electing candidates in the United States.