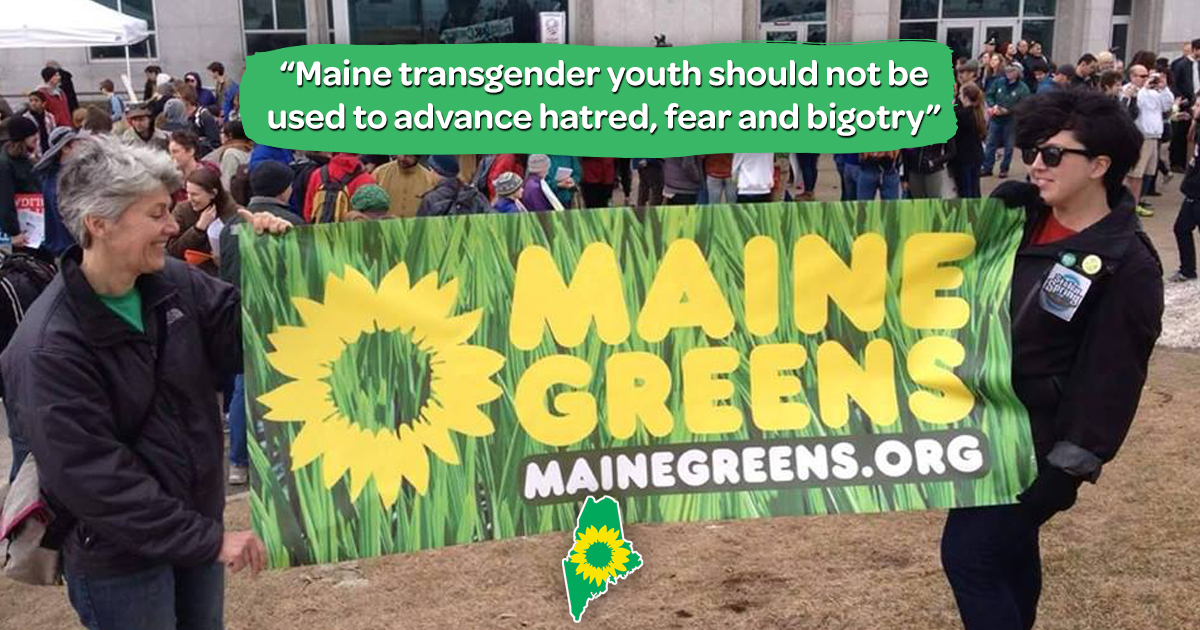 PORTLAND, ME – The Maine Green Independent Party opposes LD 926, a bill that would exclude transgender women from participating in interscholastic sport in all Maine public schools and universities, including intramural sports.

"When we tell transgender girls and women that they can’t play girls sports, it sends the message that they don’t belong," said Jake Kulaw, co-chair of the party. "This bill violates the Green values of social justice, equal opportunity and respect for diversity."

The bill mirrors efforts in other states to ban trans girls from participating in school sports.

"This bill puts the humanity of transgender people up for public debate," Kulaw said. "This is an attack on the very existence of transgender girls and women."

"Maine transgender youth should not be used to advance hatred, fear and bigotry," she said. "This bill is bad for all Mainers."

In 2014 Maine’s Supreme Court affirmed the right to equal educational access for transgender girls in schools.

"The Green Independent Party stands in solidarity will the transgender community and will not support a bill that is harmful to any person, especially trans youth," said Maravell. "An injury to one of us is an injury to all of us.