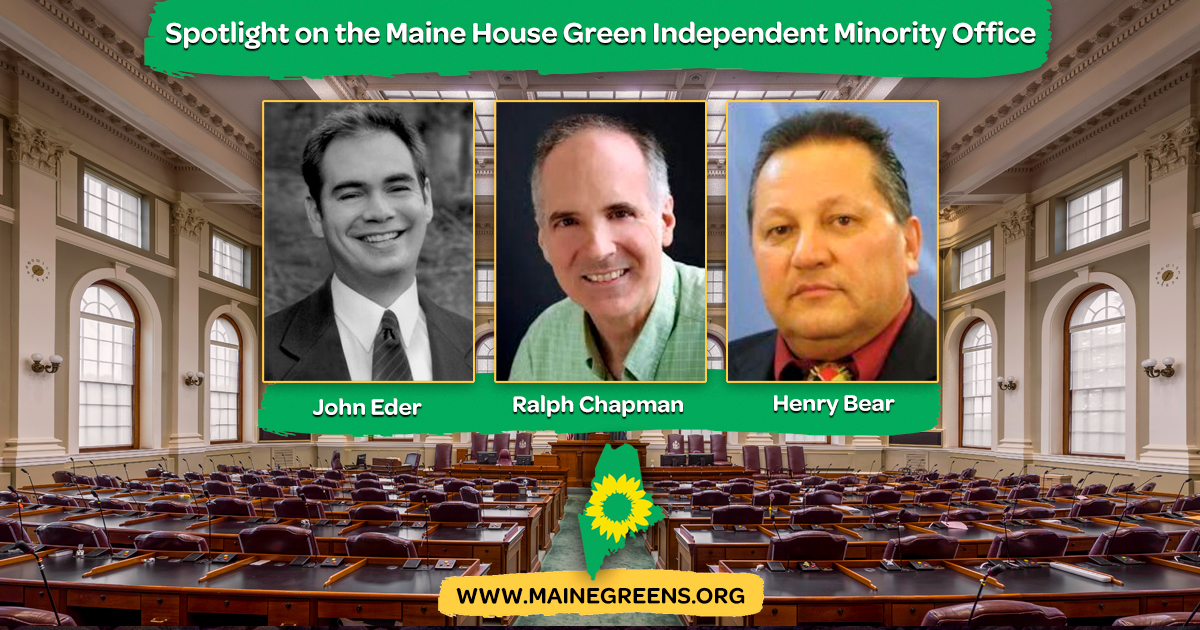 Rep. John Eder (G--Portland) was the first Green elected to a state legislature in a general election. Eder was elected in 2002 and re-elected in 2004.

As the first Green in Maine's Legislature, Eder set the precedent for a House Green Independent minority office.

With a minority office, representatives are allowed to hire their own designated partisan staff. Benjamin Meiklejohn was hired in 2018 as the legislative aide for the minority office of the 128th session of the Maine Legislature.

This webinar will serve as a resource for Green candidates in Maine and nationally, regarding how to interact and do business in a governing body through the lens of an alternative party minority office, including both the benefits and challenges that come with it, and how conducting business is different from a Democratic or Republican majority or minority office.

The 2020 Maine Green Independent Party nominees for State House of Representatives include: