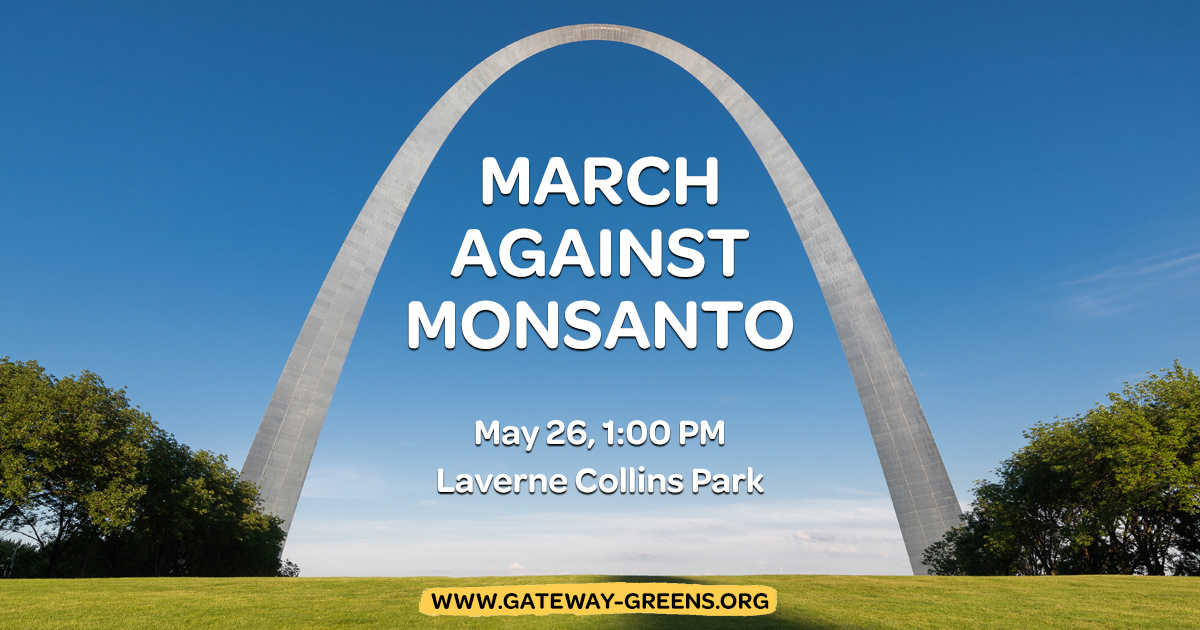 The Gateway Green Alliance/Green Party of St. Louis is hosting the MAM. We are meeting at the Laverne Collins Park, 10581 Olive St. Rd., Creve Coeur (63141) at 1:00 pm and will gather until 3:00 pm, marching to Monsanto World Headquarters.

As the Monsanto and Bayer merger moves closer to finishing, the threat to agriculture, locally and internationally, expands.

Unless we stop it, the end result could be agricultural and environmental devastation. Monsanto, Bayer and other big biotech companies are robbing people of the ability to produce their own food in the US and throughout the world.

Recent German Insect Count: Three quarters of all flying insects have vanished in Germany over the last 3 decades. The chief culprit is neonicotinoids which is produced by Baer along with the herbicide Roundup/glyphosate.

Dicamba Drift — weeds have become resistant to glyphosate which has led to the development of dicamba. Dicamba is prone to drift and is responsible for hundreds of acres of non-GMO crops in MO, AR, and TN.

Before 1990, there were 600+ independent seed businesses globally, many of them family owned. By 2009 only about 100 survived while seed prices doubled.

Yard signs are coming. Get in touch to get yours. 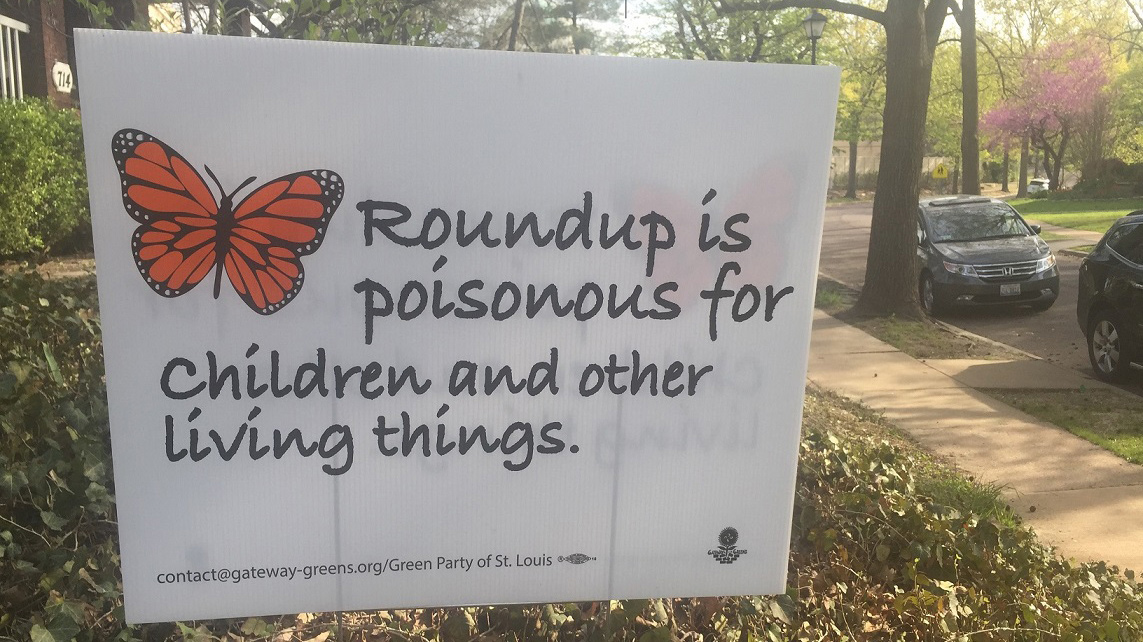