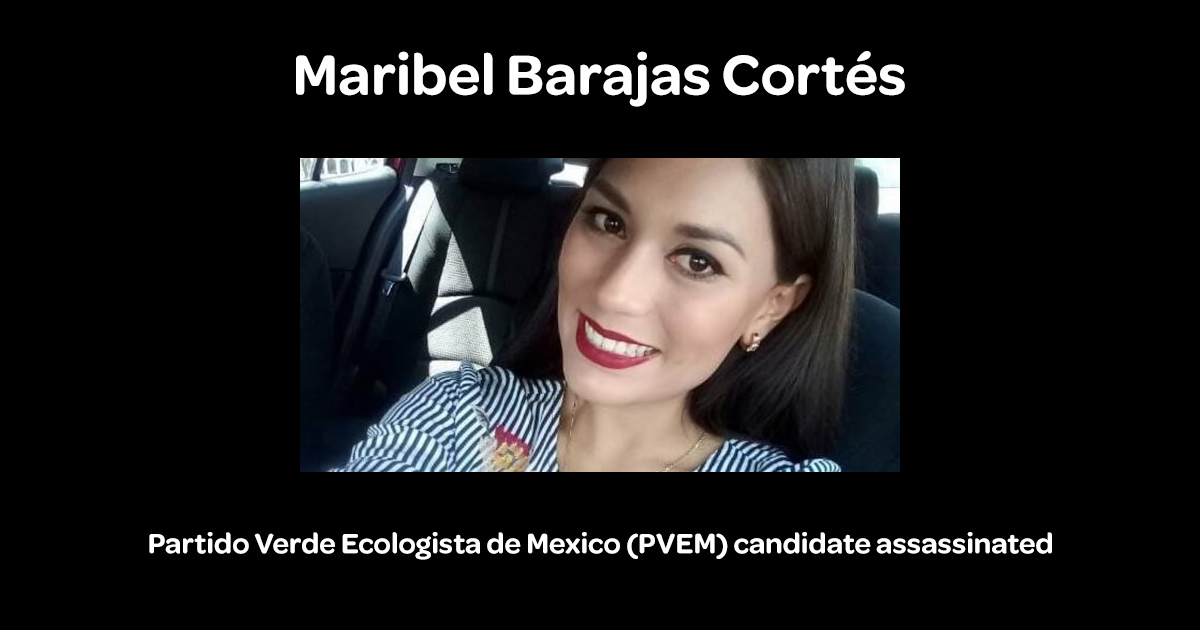 “The Green Party's National Women’s Caucus would like to express our sincerest condolences to Maribel's family, friends, and also Partido Verde Ecologista de Mexico during these difficult times. We were shocked and in disbelief upon learning of her tragic and untimely death. Maribel was only 25 years old, but her bravery, leadership, and her accomplishments will remain a lasting legacy for many years to come,” said National Women’s Caucus co-chair Joy Davis.

The PVEM in Michoacán reiterated its call to the authorities and the State Government, to strengthen the protections and security mechanisms of those who contend for public office.

Ernesto Núñez Aguilar, state leader of the PVEM and current local deputy, demanded that the government of Michoacán conduct a thorough investigation and reach the ultimate  consequences.