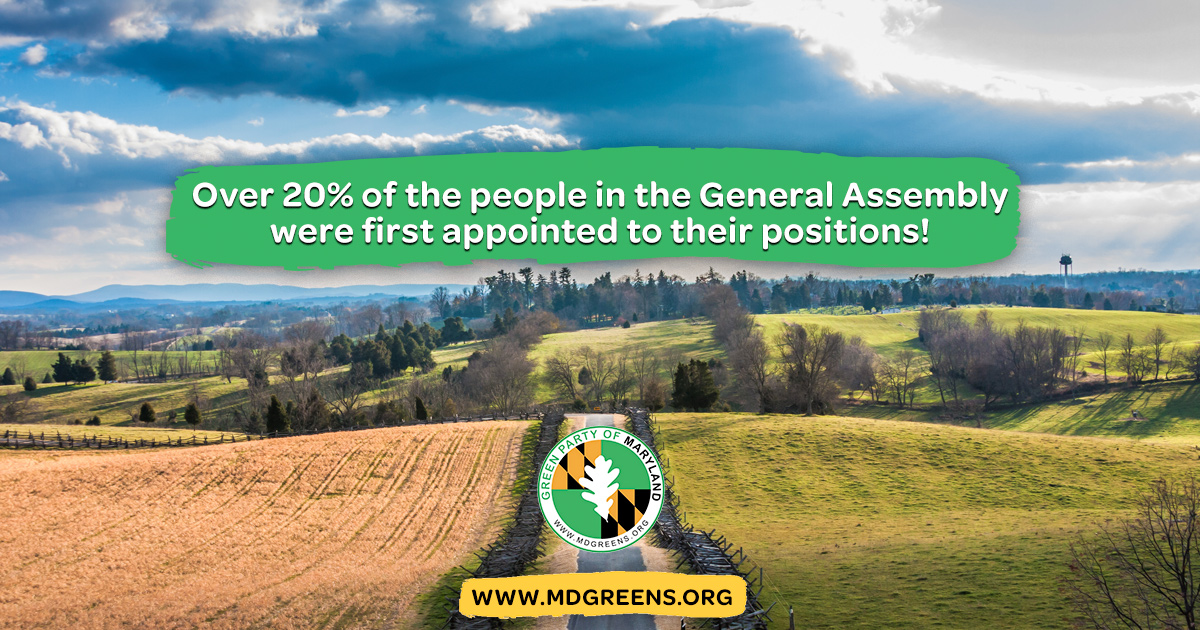 BALTIMORE – The Maryland Green Party endorses SB 10 and HB 103 in the 2020 session of the Maryland General Assembly. These bills call for a constitutional amendment that would allow for special elections at the next statewide general election for vacancies that occur in the first two years of a general assembly term.

The central committee selection process is not regulated by state law and allows nepotism, self-dealing, and backroom deals. It prevents voters from getting to choose their representatives. This process also operates on the assumption that the seat belongs to the party and not the people. The Maryland Green Party believes that this practice is fundamentally at odds with our key value of grassroots democracy, and we support any effort to put more power into the hands of the voters.

We support this compromise for two reasons.

First, a constitutional amendment that puts this process in front of all of the voters of the state in the general election is an ideal opportunity to have conversations about the functioning of electoral process with voters. If this were just a bill in the General Assembly, we would oppose it because it does not go far enough, but we believe a fundamental tenet of grassroots democracy is allowing voters to have a say about which process is best. We believe that this is an excellent opportunity to build support for ending appointments altogether, for ranked choice voting, and for open primaries.