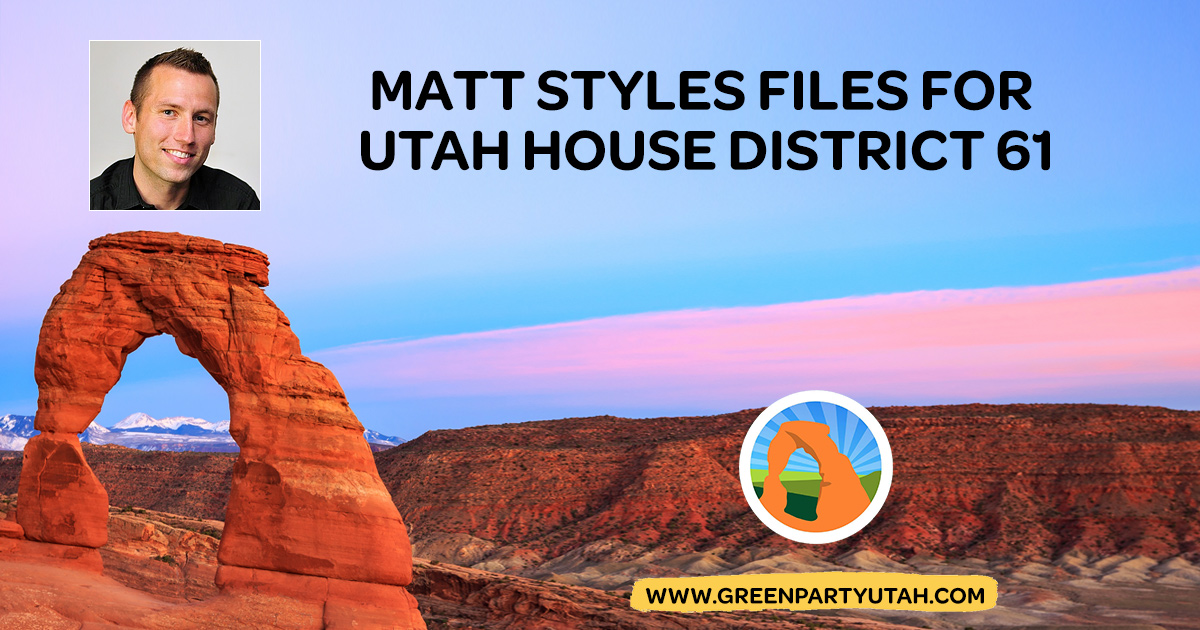 "Getting to know these people and being involved in their struggles had a profound impact on my outlook towards life."

Styles is a graduate of BYU Hawaii where he studied Computer Science. It was there that he met his wife, an International Communications major from Hong Kong. Styles and his wife moved to Provo where he is employed at a software company.

Styles plans to focus his campaign on three key issues:

Restoring our Democracy
"Our country was founded on the principle of a Representative Democracy, but we have since fallen woefully astray. I will fight to end gerrymandering so that voters choose their representatives and not the other way around, institute ranked choice voting so you never have to vote for the lesser evil, and enact campaign finance laws to eliminate rampant corruption and bribery."

Income Inequality
"Society and the economy thrive when poor and middle class people are able to keep more of their money. Universal healthcare as a right and fully-funded higher education will relieve a significant financial burden from people and provide an equal opportunity for all to succeed."

Protecting our Planet
"We have been entrusted with the grave responsibility to preserve the health and vibrance of Earth for future generations. Pollution and fossil fuels threaten to do irrevocable harm to our climate and the wide variety of life on which it depends. I will do everything I can to accelerate our transition to clean, renewable energy."