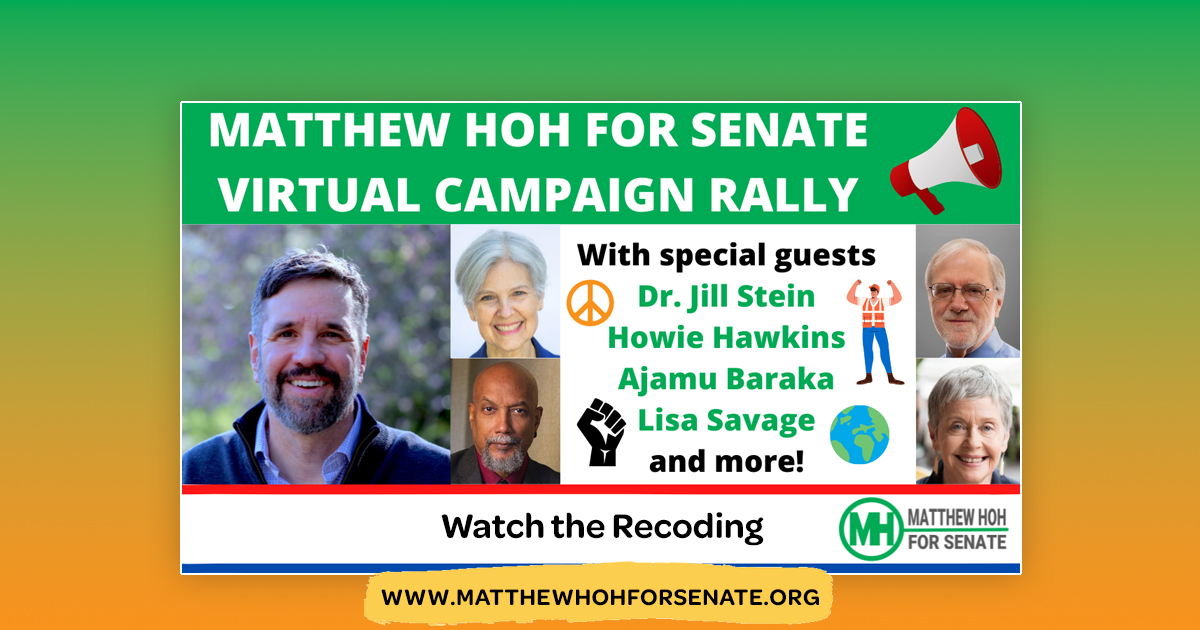 On July 14, 2022, Matthew Hoh held a virtual campaign rally with special guests Dr. Jill Stein, Howie Hawkins, Ajamu Baraka, Lisa Savage, and more to support his groundbreaking Senate campaign and his ongoing fight against a massive operation by the Democratic Party establishment to try to remove him from the ballot.

Support Matthew Hoh's groundbreaking Senate campaign for working people, planet, and peace - and his ongoing fight against a massive operation by the Democratic Party establishment to try to keep him off the ballot.

The corrupt establishment thought they could slow us down by playing dirty tricks to try to keep Matthew Hoh off the ballot. Instead they've fired us up like never before.

We're ready to fight harder than ever, but we can’t do it without you. To be able to fight in court for our hard-earned ballot line and organize to get Matt's message out far and wide, we need to reach our goal of $100,000 ASAP.

Please give today to help Matt run a campaign that will change the world!