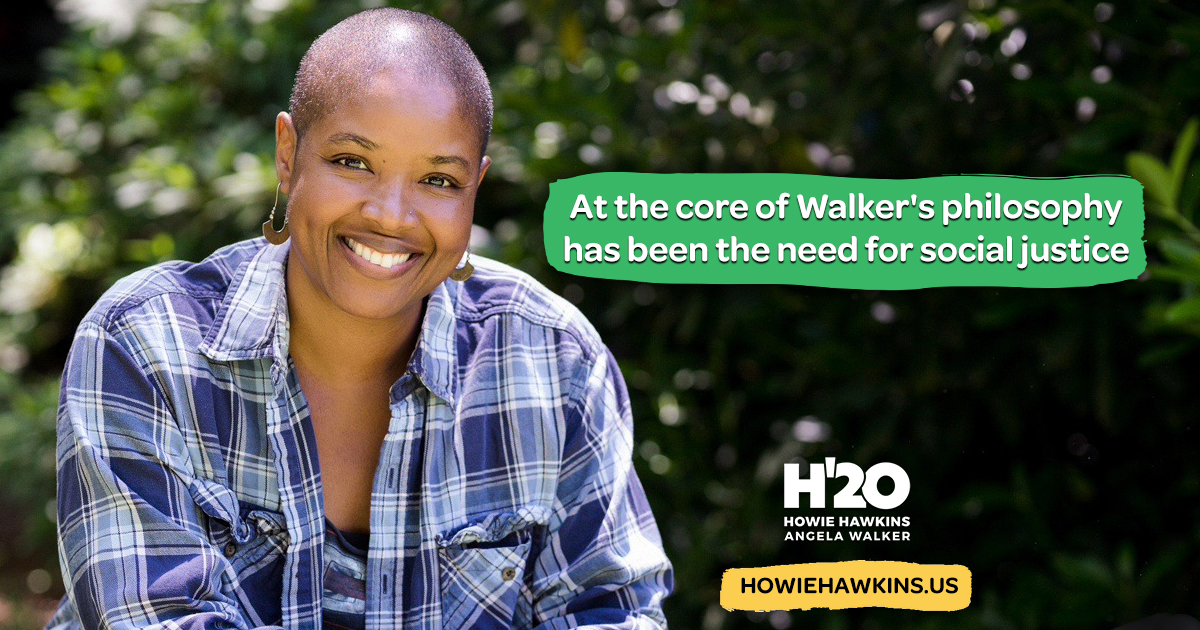 There are Americans who do not even know there is a Green Party in the United States much less the history of a party that has constantly, although not prominently, advocated for the policies we now associate with the likes of Alexandria Ocasio-Cortez and Bernie Sanders.

The Green Party came in for loud and harsh criticisms after the 2016 presidential election did not go according to the expectations of most Americans and the experts in the media. The then leader of the party, Jill Stein, was accused of towing a line favorable to adversarial Russia, particularly because Stein was every critical of Democratic nominee Hillary Clinton.

Now, the Green Party is back in 2020, hoping to improve on its fortunes from last time. The party will not win in 2020 but it will be hoping that its politics is given a chance because of the inroads progressives have made in recent elections.

The party's presidential ticket combines a trade unionist and environmentalist, Howie Hawkins, with a labor activist and a driver, Angela Nicole Walker, who becomes the second African-American in four years to appear as a running mate to the Green Party's presidential hopeful.

In 2016, Ajamu Baraka, an army veteran and an academic, was Stein's running mate but even he was not a fundamentally groundbreaking choice for the Greens. A former Black Democratic congresswoman, Cynthia McKinney, was the party's presidential candidate when Barack Obama was first elected in 2008.

Although it is impressive how far she has come, Walker has not received much press but this is an entirely understandable state of affairs given the context of American politics. There will be some among the electorate who will be discovering this other progressive Black woman who is not Kamala Harris on November 3.

In thoughtful fairness, Walker's biography does not seem like what the hallowed kingmakers in the American power hierarchy put forward. That is to say, Walker is the ordinary American's ordinary American.

She was born in 1974 and raised in Milwaukee, Wisconsin where she has no known politically or financially memorable relations. She dropped out of the university to try and figure out how to earn more money as a bus driver rather than become a teacher.

Walker was a driver for Greyhound Lines and was later hired to work in the Milwaukee County Transit System. She later assumed the role of a legislative director for her local labor union and went on to make a name for herself as a vocal proponent for labor in a time when none other but Republican Scott Walker became governor of Wisconsin in 2011.

With labor politics came the search for a tribe, a political organization that spoke to Walker's firmest aspirations for American society – the Socialist Party of the United States. But Walker's first attempt at a political office was in 2014 when she lost the vote to become the sheriff of the county of Milwaukee.

At the core of Walker's philosophy has been the need for social justice. In 2014, she told Urban Milwaukee she believed the "Sheriff's Office is in a unique place to address social justice issues", and campaigned on the issues of gun violence and mass incarcerations, two issues African-American communities across the country know too well.

Her political career has taken some certain phases of refinement. After 2014, Walker logged into the conversation on the bigger picture: the White House. She became the vice-presidential candidate of the Socialist Party whose main issues in 2016 did not sound very different than Sanders'.

For this year's election, the Socialists and the Greens have, more or less, put together forces. When Hawkins was nominated by the Greens, he called on Walker, a socialist, to be his running mate.

Newfound prominence has not changed Walker's life very much. She is still a dump truck driver who will return to her day job if she does not become the next vice-president of the United States. Those who follow her on Twitter know she does not mind. Walker is just proud to put in a truly working-class bid for the American people.