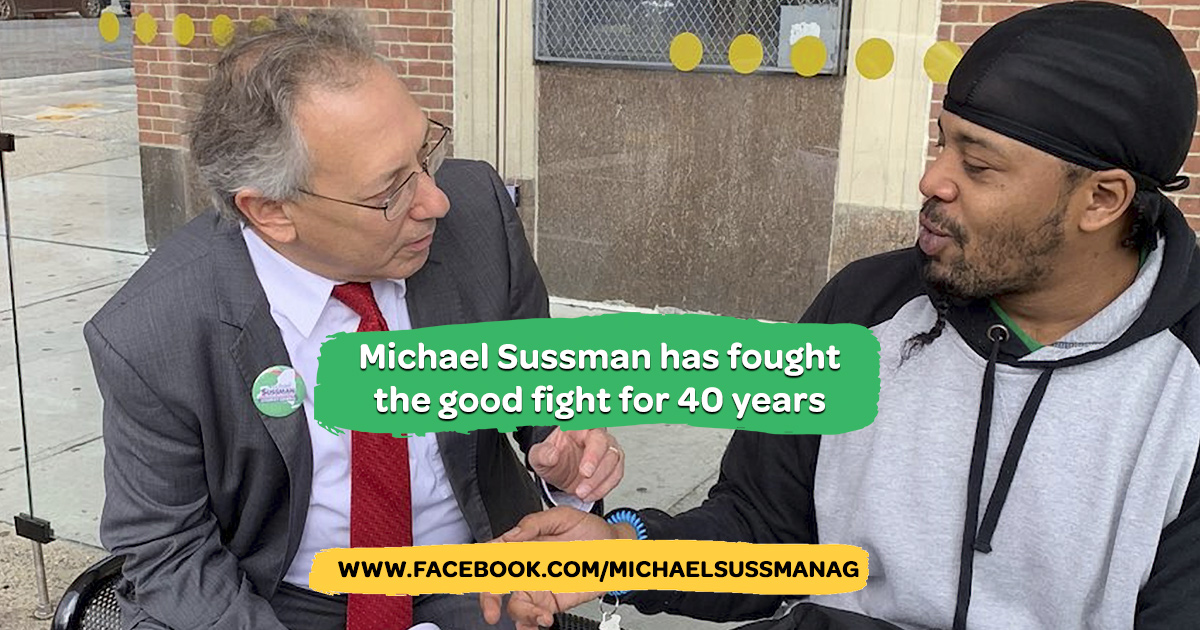 I think Michael Sussman is the best kept secret in this year’s statewide elections.

He is — by far — the most experienced lawyer running, having litigated historic civil rights cases that impacted countless lives.

He has the independence from the big party political machines to investigate public corruption wherever it leads.

He has litigated hundreds of cases at every level — local, state, and federal — right up to the U.S. Supreme Court.

Representing the Yonkers Branch of the NAACP between 1981 and 2007, Sussman won more than $400 million from the City of Yonkers, HUD, and the State of New York to repair the damages they caused by promoting school and housing segregation in Yonkers. His fight was depicted in the HBO miniseries, “Show Me a Hero.”

Sussman was the lawyer who won $45 million from the State of New York for Black and Latino civil service workers who suffered discrimination in promotions due to biases in civil service tests.

Sussman won a $6 million settlement for the family of DJ Henry, a Black student at Pace University killed by a white village cop in Westchester County in 2010. The District Attorney would’t prosecute. Sussman asked Governor Paterson to appoint a special prosecutor, but Paterson refused. So Sussman sued civilly and won. He continues to advocate for a state law requiring independent prosecutors because DAs and local law enforcement have an inherent conflict of interest in police brutality cases because they work so closely together on a daily basis.

Sussman has far more experience in the courts than all of the candidates running for AG combined, including all the Democratic primary contenders.

Being independent of the both corporate parties, he will investigate Trump AND Cuomo.

The corporate media, acting as state media for the two-party state, isn’t telling you about Michael Sussman.

Come and find out for yourself.