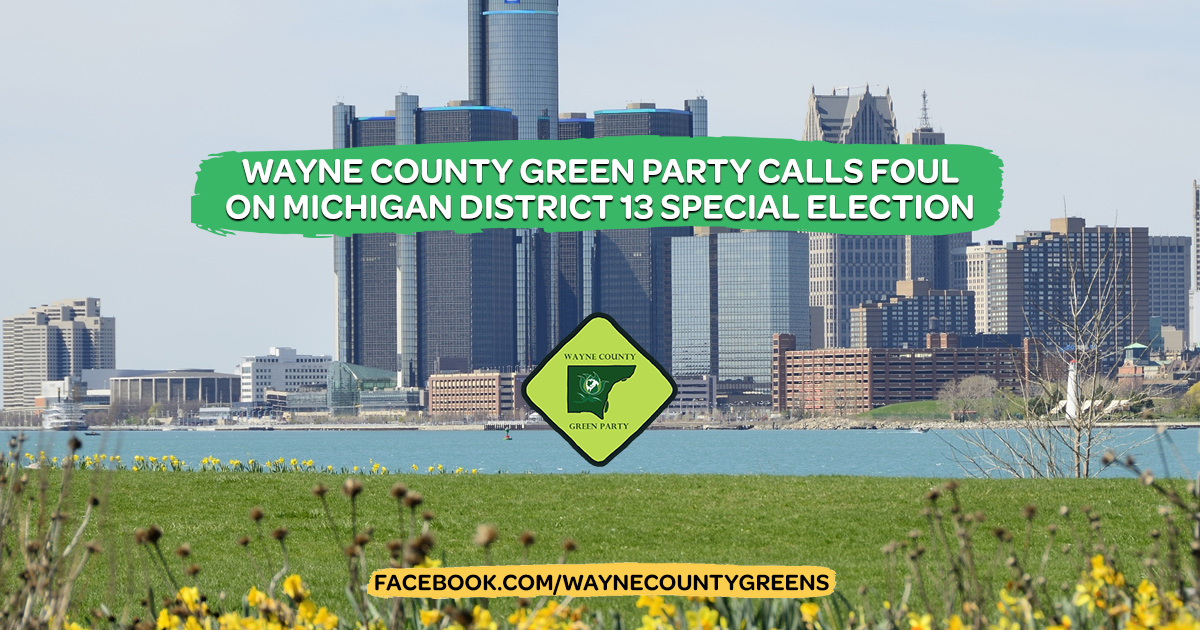 The Wayne County Green Party and many residents of US Congressional District MI-13 decry Governor Snyder's scheduling of the Special Election to fill the seat made vacant by the Dean, John Conyers' resignation from office.

The reason for the Congressman's resignation is less important than the greater need for MI-13 to have full representation in Congress.

"Leaving the seat empty for almost a full year forces the citizens of MI-13 into further taxation without representation, especially the cities of Detroit, Ecorse, Highland Park, and Inkster who have already been subjected to emergency management," states gubernatorial candidate, Jennifer Kurland, chair of the Wayne County Green Party and resident of the 13th. "The higher cost to the residents of the 13th is of losing our constitutional right to representation."

The reasoning that a special election is costly puts dollars ahead of democracy. Investing in an election should never be conceded to cost, especially for half a term.

"In Detroit and Wayne County our elections are effectively non-recountable, and therefore unverifiable; a situation that should not exist anywhere in our state or country," says Lou Novak, chair of the Detroit Green Party.

The Wayne County Green Party calls for a Special Election Primary and General Election to be held in the early spring of 2018 to put a new representative in that seat by May.

The Governor must serve all the people of this state, and particularly the citizens of MI-13 in moving this Special Election to early 2018.