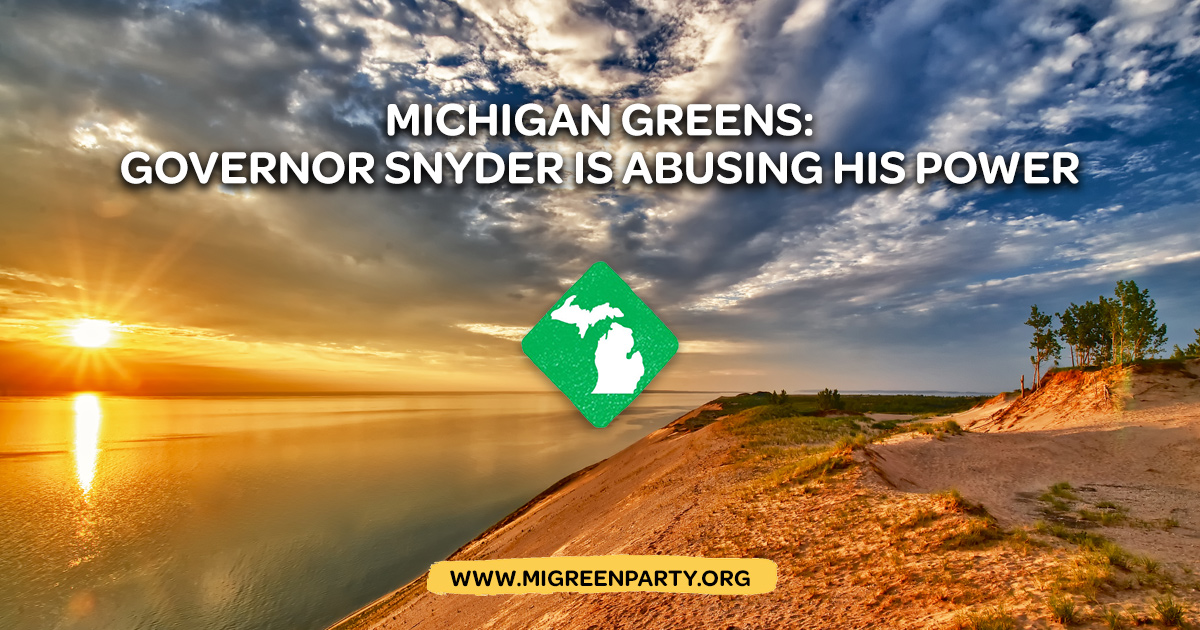 A letter to Attorney General Bill Schuette was sent this week detailing examples of Governor Rick Snyder’s abuse of power. Gubernatorial candidate Jennifer Kurland and Democracy Warrior D. Etta Wilcoxon call for an Abuse of Power investigation into Governor Rick Snyder’s decision to delay the election to replace Congressman John Conyers in the 13th District. Stating, "justice delayed is justice denied" they believe the Governor is failing to comply with Michigan law and the Rules of Statutory Construction regarding the special election currently scheduled for November.

Enclosed: Copy of letter to Attorney General Bill Schuette
Below: Text of letter

Dear Mr. Schuette:
On behalf of all of the constituents in the 13th Congressional District, we are herein demanding that your Office investigate our assessment of an Abuse of Power charge against Governor Richard Snyder for failing to comply with Michigan law which requires him, in his official capacity, to hold a special election in the 13th Congressional District. Pursuant to the Rules of Statutory Construction, it is inconceivable that the requirement of a special election can be defined in the manner that Governor Snyder has defined it for the replacement of retired U.S. Congressman John Conyers.

Moreover, we are of the firm opinion that justice delayed is justice denied. We therefore demand the same sort of justice that the State of Michigan provided when it held a special election to replace former U.S. Representative Thaddeus McCotter.

Please also note that Governor Snyder is no stranger to abuses of power. See the below itemized examples:

Thanking you in advance for your immediate attention to this pressing matter. Time is of the essence.