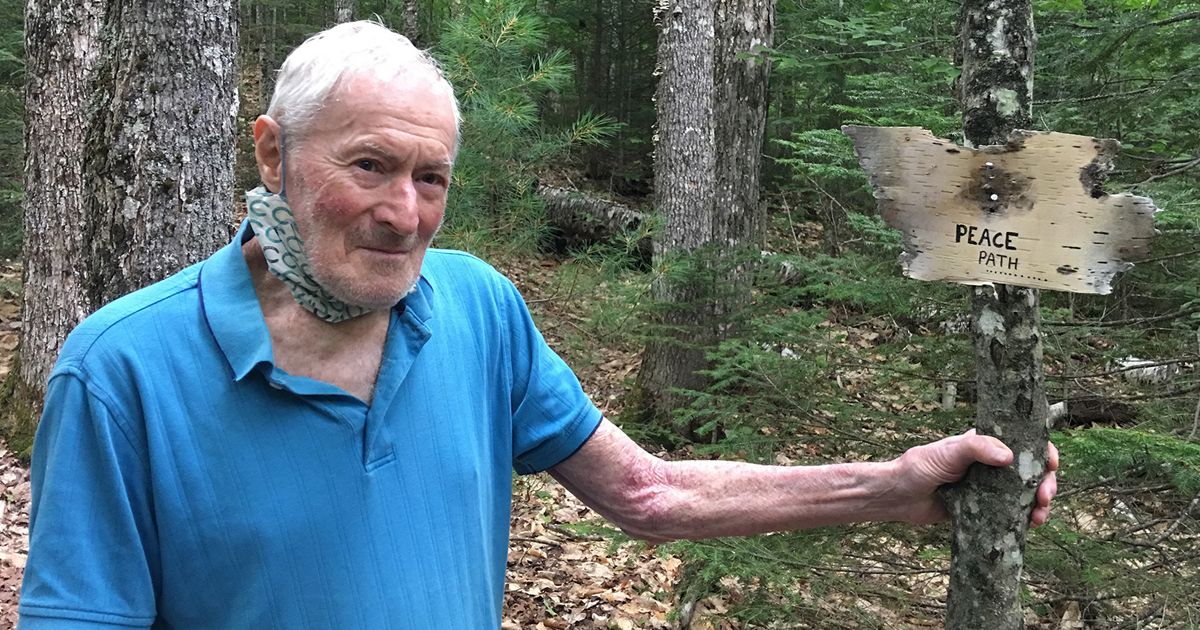 We got the news on a Sunday evening: Mort was gone.

Dr. Mort Malkin — author, poet, physician, activist, and self-described “gadfly”—had been a fixture here in the Upper Delaware area for years. He had written not only for the River Reporter but also for the Sullivan County Democrat and other area publications. He’d written books on walking as exercise and was noted for his ability to speed-walk for long distances using a special ergonomic technique he had developed. He’d also written, compiled and/or edited anthologies of poetry. He had been an active and engaged member of his beloved community right up to the very end of his life.

And in the end, his most important concern was peace.

I don’t recall whether I knew Mort prior to the founding of Waynepeace in 2002, in response to the invasion of Iraq, but I know that his commitment to peace was lifelong. He founded what he called the “Peace Academy at Liberty” and, under its aegis, compiled and published a collection of peace-related quotations called “The Lilac Book of Peace: Axioms and Quotes.”

Shortly before his death, Mort had published his final book, “Home Sapiens: a Violent Gene?” (Pisgah Press). In this work, Mort argued against the idea that war and conflict are somehow inevitable, hard-wired aspects of human nature. Instead, he draws on archaeological and sociological evidence to make the case that humans are designed for mutual care and cooperation. “If war is a cultural matter, and not genetic,” he wrote at the book’s conclusion, “there should be no reason we cannot establish a culture of peace in all countries.”

Mort’s indefatigable optimism about the future, even as he acknowledged the daunting scope of the problems we face, is one of the things I will most remember about him. He was insistent in asserting that change was not just possible but inevitable. Indeed, as I reflect on his interests and accomplishments, I see a connection between his research concerning walking and exercise and his activism for peace. Mort knew that the way to peace can be long and difficult, but rather than turn away from that in discouragement, he set himself the task of finding the most efficient and sustainable ways of successfully completing the journey.

Mort’s book also contains a compendium of short biographical and historical sketches about people and events that have carried forward the cause of peace, from ancient times to the present. He shares these “peace heroes” and “peace victories,” as he calls them, to encourage us to keep up the pace, to “keep on moving forward,” as Pat Humphries wrote, and to avoid discouragement.

Now Mort joins the ranks of the peace heroes. Let’s be sure his work continues.

This originally appeared in The River Reporter, written by Skip Mendler.